After leaving York we travelled to Brighton.  We had reservations to stay in this seaside town for our last three nights.  It proved to be a good base from which to visit other places we wanted to see before leaving out of Southampton.  Our place in the Lake District was an apartment, but in Brighton we had a hotel room.  It was fine and it included a daily breakfast that fortified us for our morning.

Brighton is a busy seaside town in contrast to where we had been previously.  It was a Bank Holiday weekend and we definitely saw crowds of people and traffic.  Brighton is on the English Channel and is popular with locals. 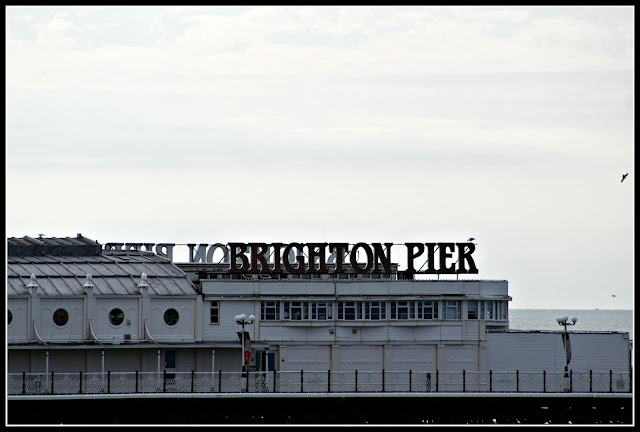 Our hotel was across the street from the famous Brighton Pier. 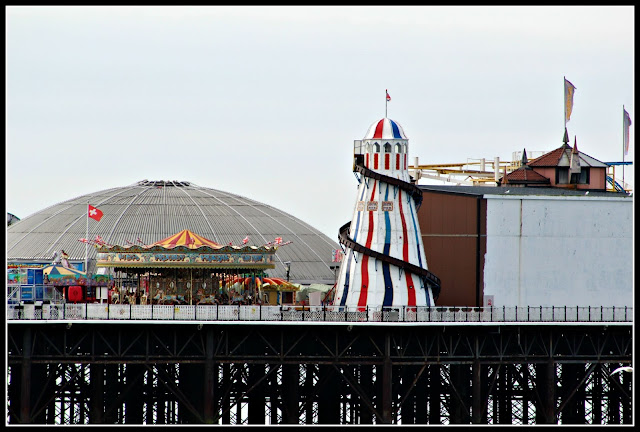 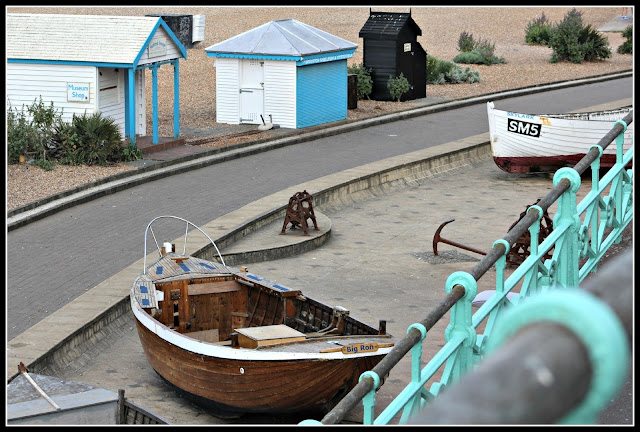 I think you will enjoy today as we have great plans ahead.  After getting dressed, I opened the blinds to look at the lovely sea and the beautiful day awaiting us.  We go down to breakfast and enjoy a lovely view of the English Channel and the Brighton Pier.

After getting the car out of the car park, we're heading east down the coast to Birling Gap.  We pass by a beautiful windmill!  We were told there are many in this area. 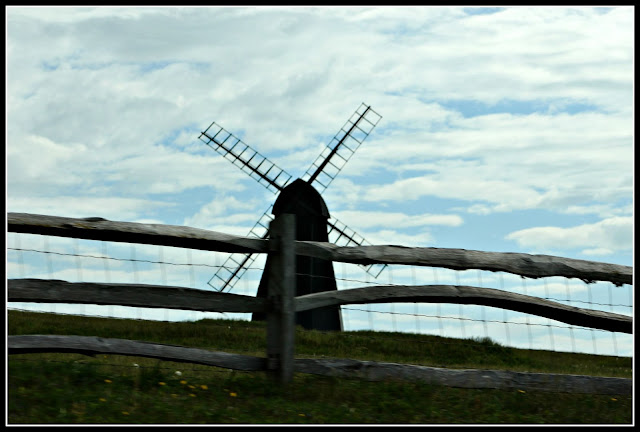 As we travel along the coast we spot the chalk cliffs! 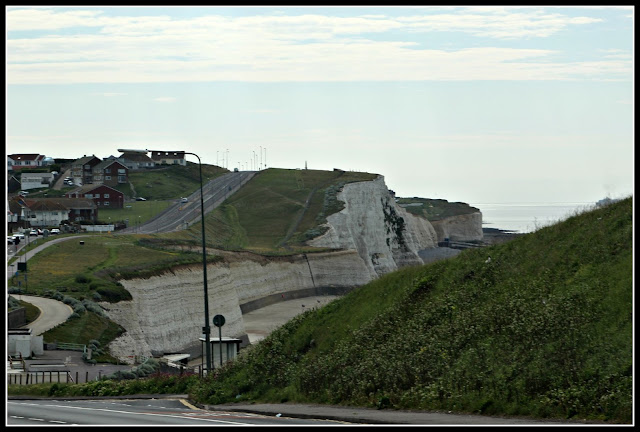 Before we reach Birling Gap we see this thatched roof home--so lovely. 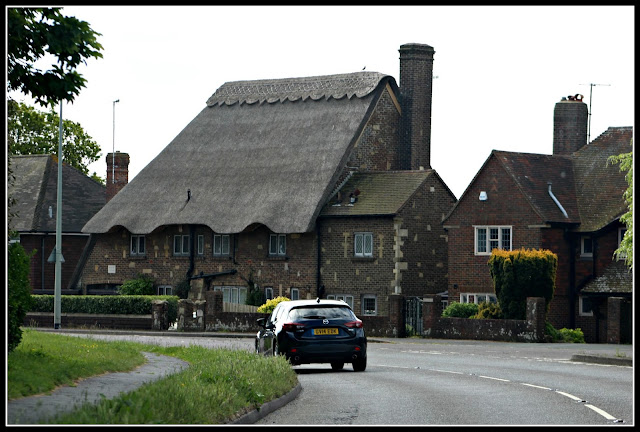 We're almost to Birling Gap--Home of the famous Seven Sisters!  Let's park the car and take a look around.  I am speechless! 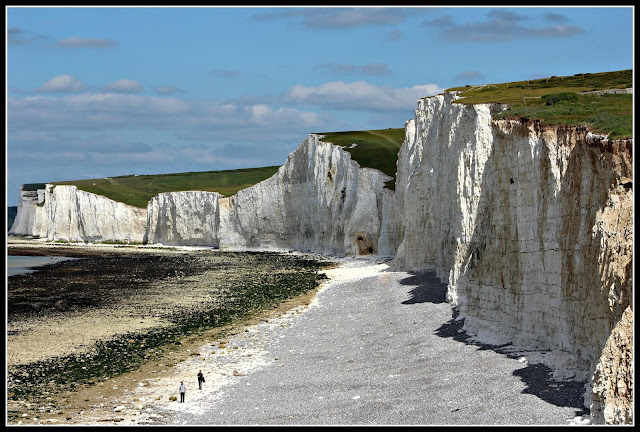 Birling Gap is owned and cared for by the National Trust.  Birling Gap and the surrounding cliffs have been changing for many thousands of years.  The land here was originally joined to France until sea levels rose and the English Channel formed.  The waves and wind created cliffs by erosion. 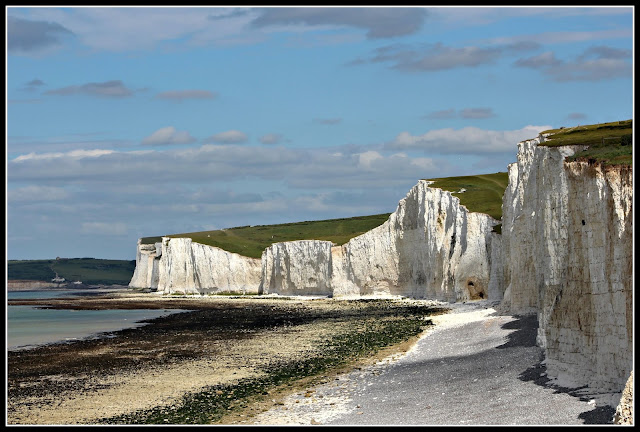 We are standing at the top of a set of huge metal stairs.  I can't believe the beauty of these chalk cliffs!  We learn that erosion is continuing today and the cliffs are receding by 70cm each year!  Some years nothing happens and then some years several meters of cliff fall! 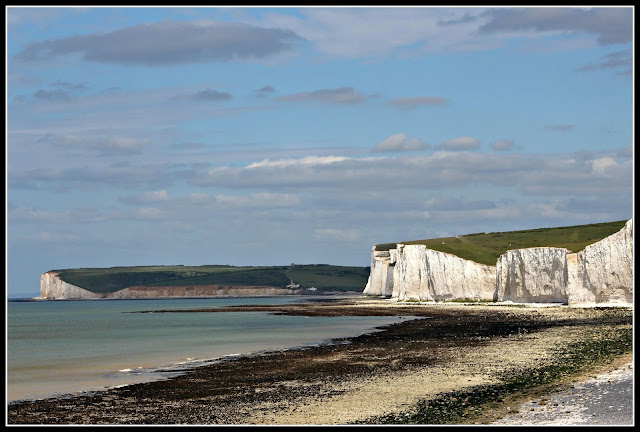 We were told that as sea levels rise and storms come, the rate of erosion will increase and the car park and the information building will be lost. 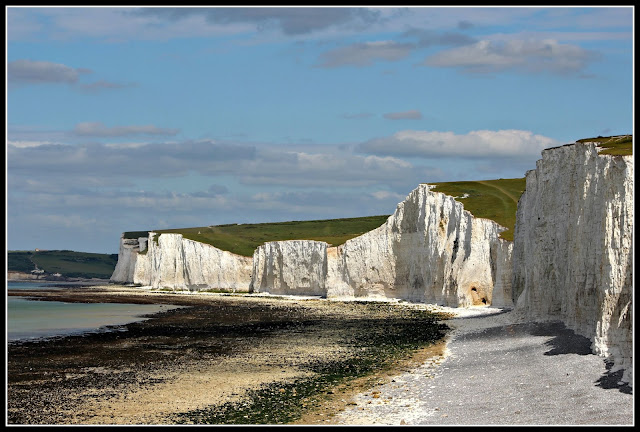 Let's walk down the stairs to the beach.  Be careful as it's windy and we don't want to fall! 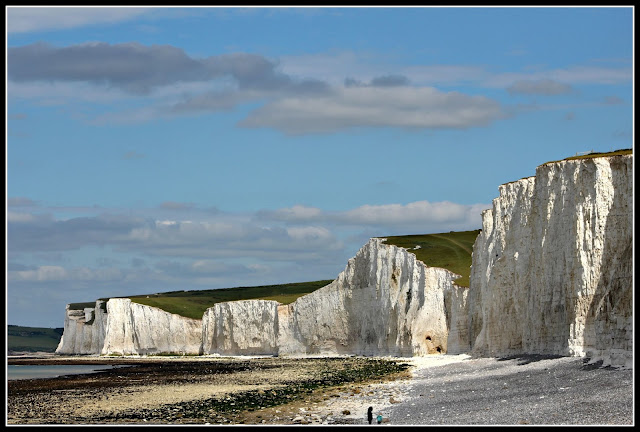 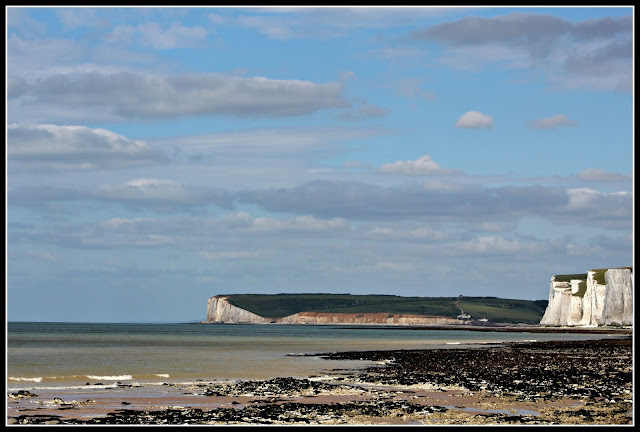 Can you believe how enormous these cliffs are?  The beach is full of smooth pebbles and is quite different from our beaches of sand.  I understand there are fossils among the rocks.  It's quite hard to negotiate the beach walking on thousands of pebbles. 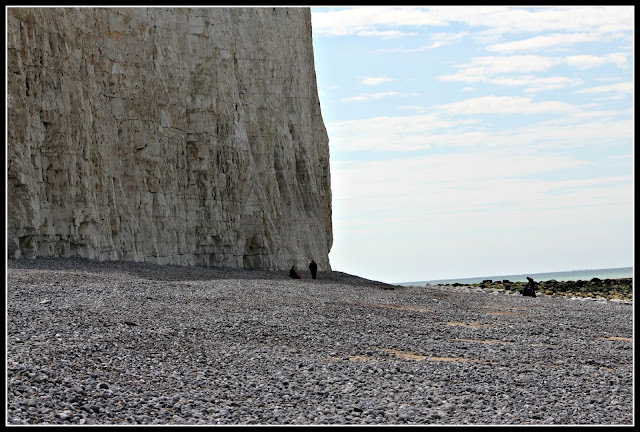 After going into the information center we learn that there really are Eight Sisters!  We would have to go into the English Channel to view them.

We need to move on as there is much more to see in this area.  So we get back into the car and travel to see more beauty.

We come to the Belle Tout lighthouse that is now a bed and breakfast.  Wouldn't it be wonderful to stay here?  This lighthouse was built in 1832 and decommissioned in 1902 and has been a tea shop and a home and partly destroyed in WWII.  It's also been moved due to erosion of the cliffs.

Just a few yards down the cliffs is the Beachy Head Lighthouse. 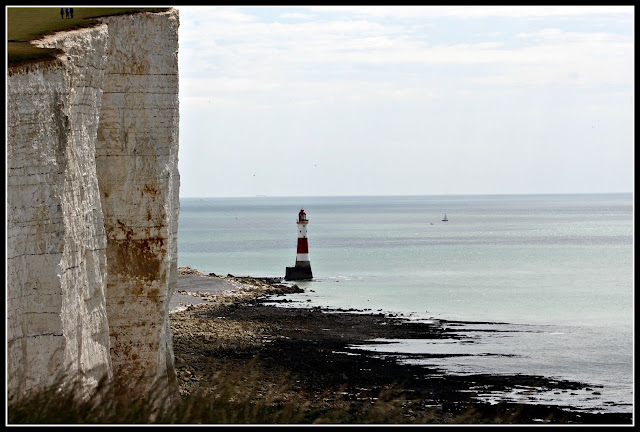 The beauty of this area is breathtaking!  I'm so happy we have come to see the Seven Sister's or is it Eight? ♥

Posted by The Joy of Home with Martha Ellen at 2:24 PM