JOY TO THE WORLD!!

Christmas was celebrated in our home surrounded by family.   Both of our children and their children come home for Christmas.  I am so happy that they still celebrate with us.  We do not live in the largest of homes so they are all packed into guest rooms and offices made into guest rooms with Aero beds. 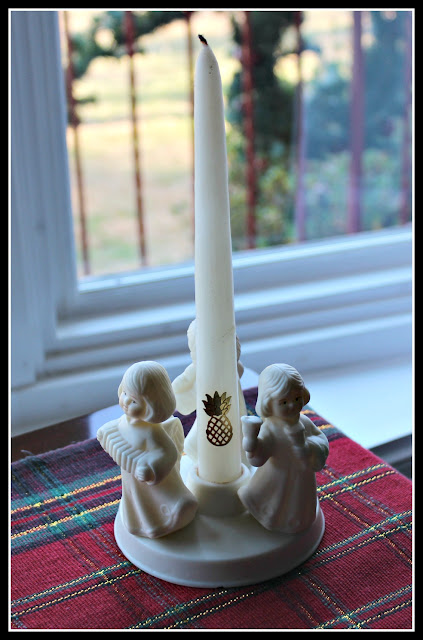 Our daughter and son-in-law arrived Christmas Eve by train from New Hampshire.  Our son and his boys came Christmas morning and joined the festivities. 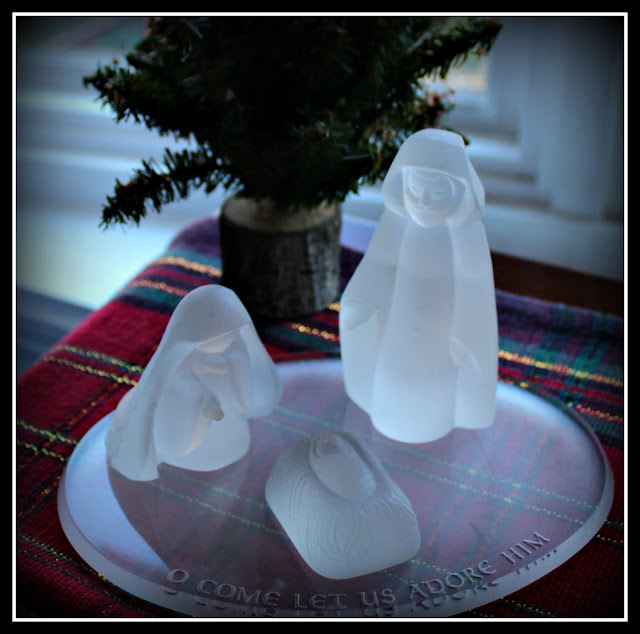 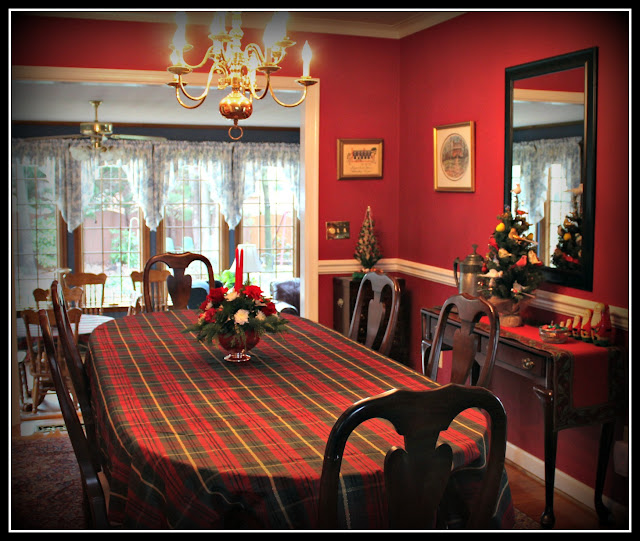 We add all the odd chairs from around our home for seating around the dining table.  It's more than a full house.  A house that we raised our family. 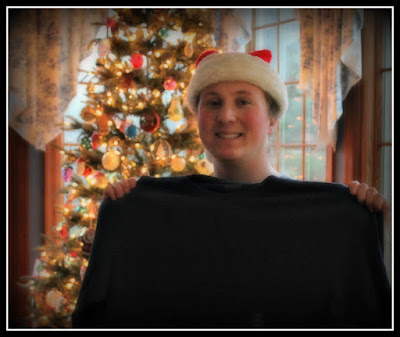 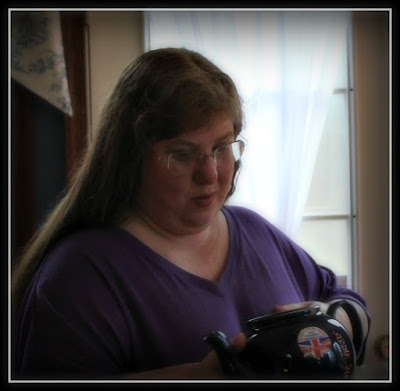 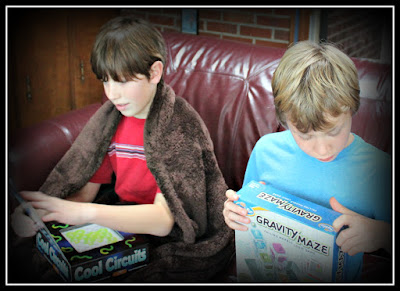 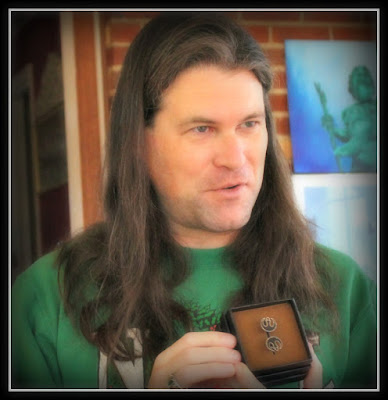 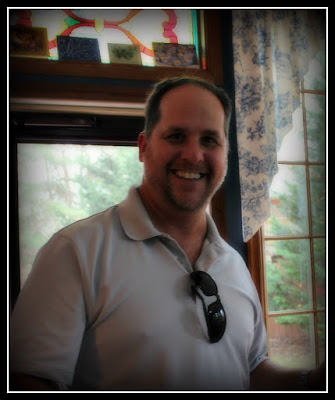 Games and food and times spent with loved ones will always be my favorite part of gathering to celebrate the holidays!  We always host an extended family gathering during Christmas as well.  Cousins and second cousins enjoy visiting and seeing one another helps to seal the bonds of family.

"Just because you have four chairs, six plates, and three cups is no reason why you can't invite twelve to dinner."  Alice May Brock 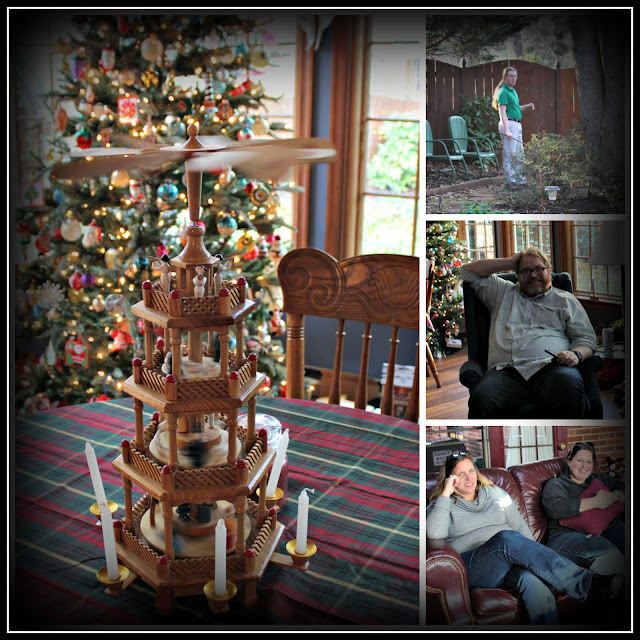 I am so thankful for my family and the precious moments we share together.

"Family faces are magic mirrors.  Looking at people who belong to us, we see the past, present, and future.  We make discoveries about ourselves and them. "

Posted by The Joy of Home with Martha Ellen at 7:12 PM 14 comments:

O Holy Night! The stars are brightly shining,
It is the night of the dear Saviour's birth.
Long lay the world in sin and error pining.
Till He appeared and the Spirit felt its worth.
A thrill of hope the weary world rejoices,
For yonder breaks a new and glorious morn.
Fall on your knees! Oh, hear the angel voices!
O night divine, the night when Christ was born;
O night, O Holy Night , O night divine!
O night, O Holy Night , O night divine!
Led by the light of faith serenely beaming,
With glowing hearts by His cradle we stand.
O'er the world a star is sweetly gleaming,
Now come the wisemen from out of the Orient land.
The King of kings lay thus lowly manger;
In all our trials born to be our friends.
He knows our need, our weakness is no stranger,
Behold your King! Before him lowly bend!
Behold your King! Before him lowly bend!
Truly He taught us to love one another,
His law is love and His gospel is peace.
Chains he shall break, for the slave is our brother.
And in his name all oppression shall cease.
Sweet hymns of joy in grateful chorus raise we,
With all our hearts we praise His holy name.
Christ is the Lord! Then ever, ever praise we,
His power and glory ever more proclaim!
His power and glory ever more proclaim!

Merry Christmas to you and yours!

Posted by The Joy of Home with Martha Ellen at 12:24 PM 9 comments:

Both of our children were born in December.  Our first child, Noel, was born on Christmas Day!  As most children do, Noel loved to hear about the stories that surrounded the time when she was born.  Noel has been writing since she was a small child and has delighted us with many stories through the years.  I was particularly happy to see a piece she recently wrote and asked her if I could post it here.  With her permission....

My parents are not perfect. No, there’s nothing wrong with them, it’s just that they’re human and perfect people don’t exist. As people, we get things wrong and we get things right.

I want to talk about something my parents got spectacularly, stunningly right.

About <mubmlemurf> years ago, a young couple was speeding along King’s Highway from Dahlgren into Fredericksburg in a VW Bug, with the wife begging her husband to be careful and watch the bumps. She was in labor and it was two o’clock or so on Christmas morning. The closest hospital was about 45 minutes away. Well, 25, given the way her husband drove.

At the hospital, there was some blasé behavior from the nurses. It was a first baby, after all. But at 4:35 that morning, she had her baby. The little girl was then cleaned up, given all the medical tests that were usual at the time, then put in a stocking and given to her parents.

That cemented an idea that had already been settling in my parents’ minds – that a Christmas baby was Important and Special.

It was treated that way from then on. I was named Noel. (I didn’t add the trema for another 12 years when I got sick of my name being mispronounced, and being misgendered). My birthday was treated as something wonderful and awesome rather than an afterthought.

Did I get a birthday party? Well, I kinda got two. I got one with my friends the week before Christmas with a cake (I got some pretty awesome cakes – winter scenes, dolls in ball gowns, Miss Piggy. They were great). That was all kinds of fun.

Then on Christmas Day, my birthday was celebrated with my family. Oh, we did Christmas as a holiday with Santa and presents and feasts and family and fun. It was wonderful. But I always got a couple of nice presents wrapped in birthday paper, and usually another cake with another rousing version of Happy Birthday from the family.

Heck no, I didn’t hate my birthday, nor do I now. I love it. All the emotional stuff surrounding my birthday goes on for a whole month. I’m lucky beyond belief.

But not everyone gets that.

When I was turning 13, the Free-Lance Star did a piece on Christmas birthdays (there were three in my neighborhood, and a few others in town). If I recall correctly, I was the only one who had much positive to say about it. Everyone else felt like the afterthought, or celebrated their birthday in June.

Lots of December babies, Christmas or not, get their birthdays treated as afterthoughts – another burden at an already overwhelmed time. I hate this for them. It’s utterly awful.

So, I’d like to propose some Rules for December Birthdays.

If the birthday is not on an actual holiday, let the WHOLE CELEBRATION be about them. Don’t wrap it in with a Christmas party.
If they are a Christmas baby in a family that celebrates Christmas, they get the whole day can’t be about them. It’s really okay. But let a part of it be Birthday and not Christmas. A cake and a song doesn’t take enormous amounts of time.
Don’t wrap birthday presents in red or green, or use any other standard Christmas imagery surrounding their birthday.
Avoid using Christmas stamps on birthday cards, if you can.
Find out in advance if it bothers them that Christmas and birthday presents get combined. (This varies. If you ask and get a weary shrug, it probably does bother them and they’re just too polite to say so)
For those of you who are parents of December children, keep in mind a lot of how they feel about their birthdays rests in your hands. Don’t let them be afterthoughts.

Noel is, and always will be my very best Christmas gift.

We cherish the old ornaments that belonged to Grayden's family when he was a child.  These ornaments were not bought in the finest of department stores.  They came from the  F.W. Woolworth store in Richmond, Virginia.  Woolworth was the store where many homemakers found ornaments to decorate their Christmas tree.

F. W. Woolworth had purchased blown glass ornaments from a German importer in 1880.  He was not sure that these ornaments would appeal to the public in Lancaster, Pennsylvania.  There was a large German population in the area that bought all of the ornaments in two days.  As the Woolworth company grew to 14 stores he decided to visit Dresden and Lauscha.  He placed an order of over 200,000 hand blown glass ornaments.  His decision proved to be profitable as Woolworth sold over $25 million dollars worth of Christmas ornaments.


We are not sure when these ornaments were purchased, but from a little research it appears they are from the 30's to the 40's.  Grayden's parents were married in the 30's. 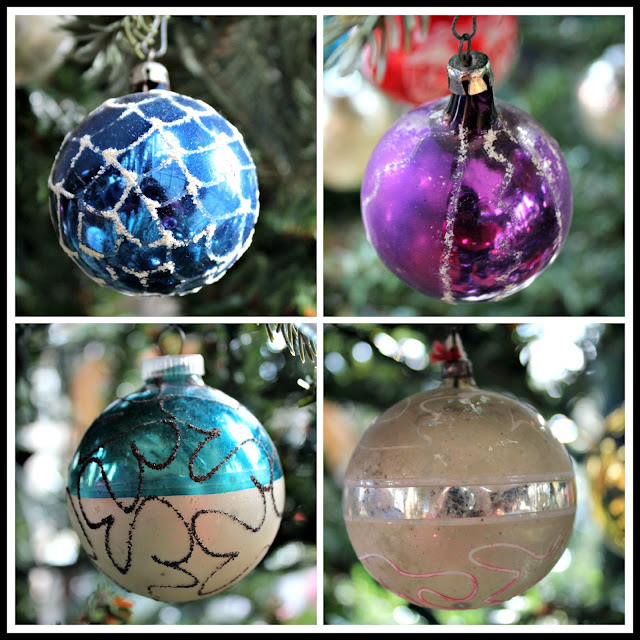 Many of the traditional elements of our Christmas celebrations began in Germany.  Of course the Christmas tree began there and the shiny glass balls we decorate with are German in origin. They were masters at glass blowing.  Christians bought decorated trees into their homes in 16th century Germany. 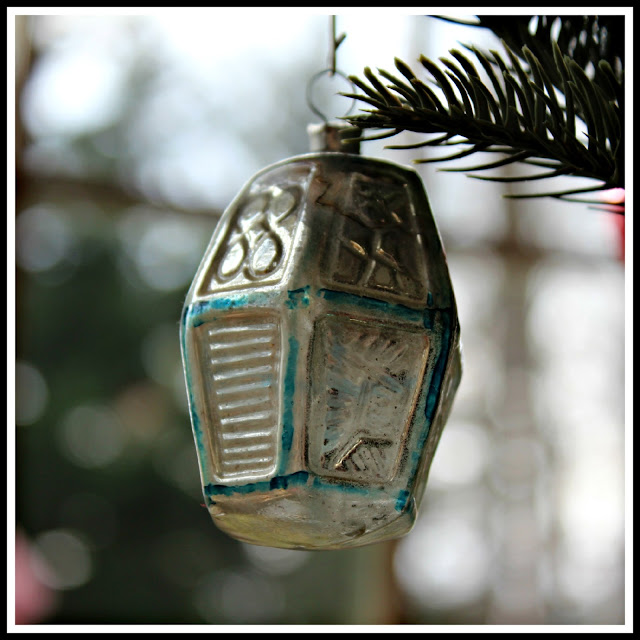 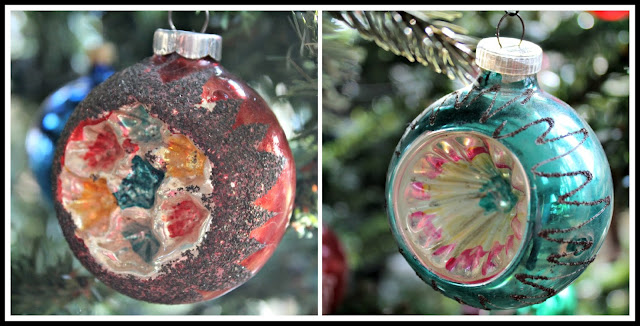 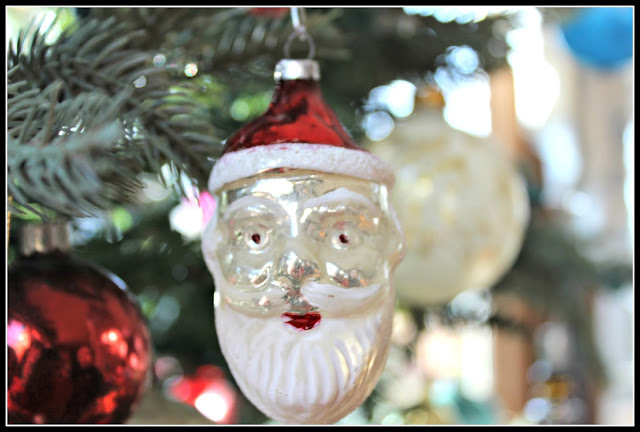 These ornaments are very lightweight and very fragile.  We do not own the original boxes, so Grayden made a special box to store them in. 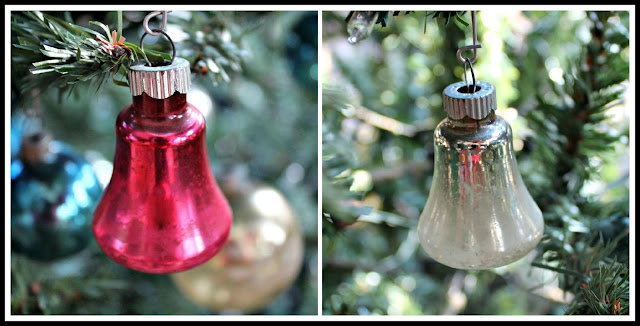 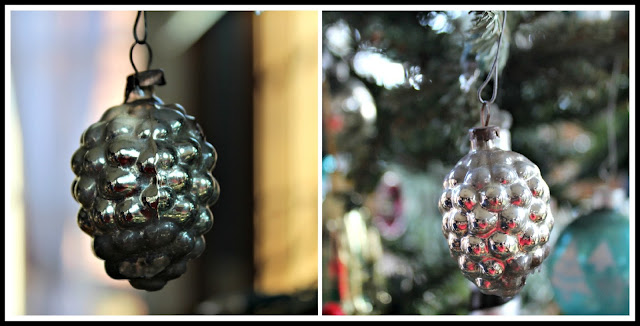 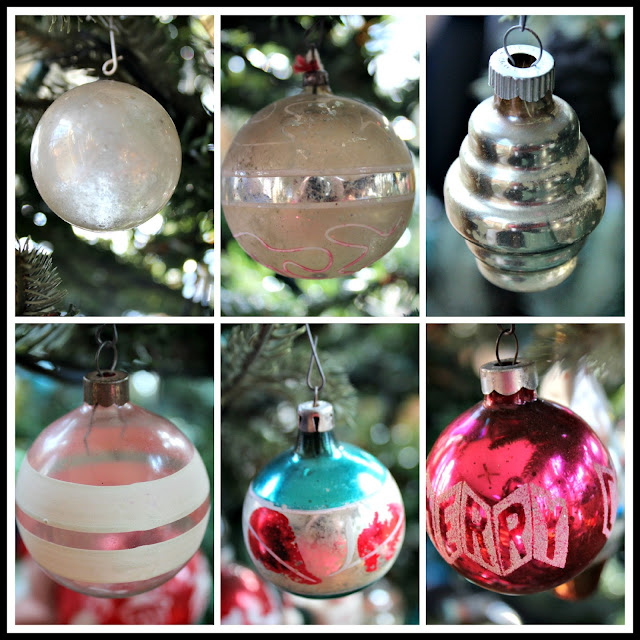 We have several of the same type, but I have shown at least one of each. 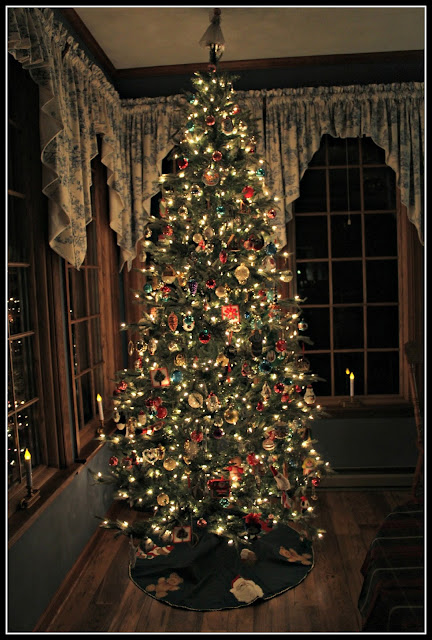 All of these ornaments from one generation to another generation.

“Christmas is a bridge. We need bridges as the river of time flows past. Today's Christmas should mean creating happy hours for tomorrow and reliving those of yesterday.”

It's the Most Wonderful Time of the Year

♫ It's the Most Wonderful Time of the Year ♫

December brings great joy and happiness to our family.  Both of our children were born in December so festivities begin with our son's birthday on the second.  It's a given that the grands want to take their Dad to the Japanese Steakhouse for his birthday.  It seems this is the place for everyone to enjoy good food and the entertainment that sends happiness to the grands.  Who doesn't want Happy Birthday sung to you in Japanese?  So much fun! 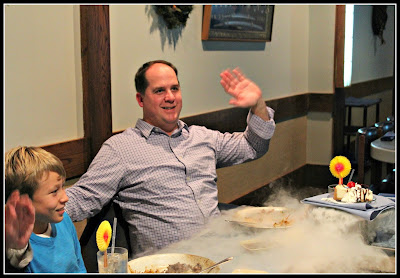 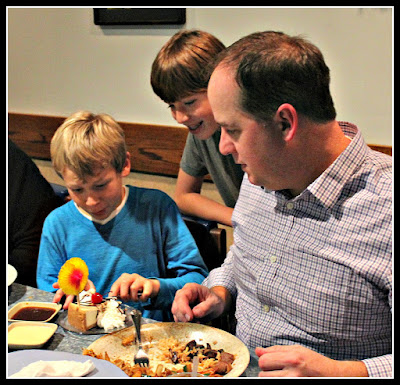 Of course it's time to decorate for Christmas.  After Thanksgiving we usually start bringing out the boxes of decor that we have collected through the years.  Our decor really tells a story about our family.  Do you find yourself placing ornaments on the tree that have been in the family for years and years?  We have ornaments on our tree that belonged to our parents along with those that we bought our very first Christmas as husband and wife.  So many Christmas'... so many memories.

Grady made this ornament for me when he was in Cub Scouts.  Would you believe I'm sentimental?

My Mother-in-Law crocheted this little frame around this photo when Grady was born.  She had it on her tree for years.  Now it is on ours.

I always bring out this Santa.  He was mine when I was a baby.  That makes him old!  He also used to play music, but he has long tired of that.

We always find a spot for this ceramic Christmas tree that I made in 1979. 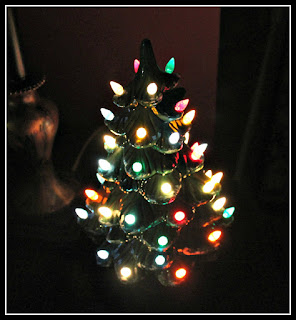 Do you have items that you bring out for Christmas--decorations that you're not ready to downsize?  My sister gifted me a lot of her artwork on various occasions.  She made beautiful Christmas items.  Susan passed away six years ago.  I decided to give those items to her children last Christmas.   Admittedly  I missed those things as I began to decorate this year, but I know Susan's children will receive great joy as they begin to decorate their homes with their mother's art. 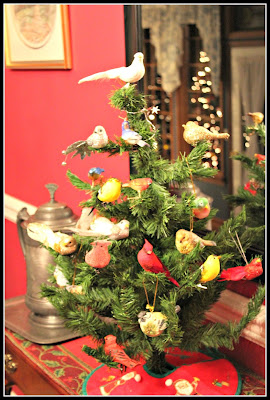 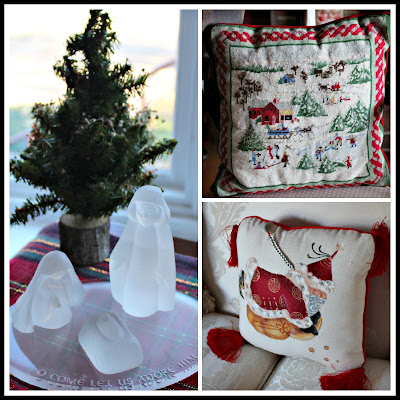 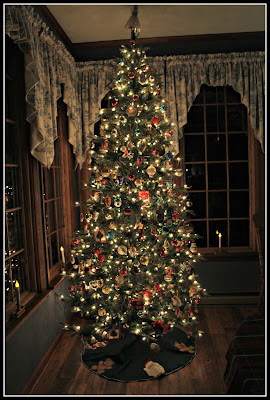 Many memories come flooding to mind as I prepare for the season of JOY and LOVE.   I wish for you a most wonderful time of the year! ♥

Posted by The Joy of Home with Martha Ellen at 8:17 PM 23 comments: