Today is going to be one of those English weather days!  Yes, it is raining and it's a little chilly.  What we have found is the weather changes quickly as the day progresses and we just keep up with the plans of the day.  Today we are going to Arnside Silverdale.  Arnside Silverdale is a little village on the edge of the Morecambe Bay on the estuary of the River Kent.

Travelling to Arnside Silverdale was just beautiful, but they were all small roads!  Hold on, we are on our way! 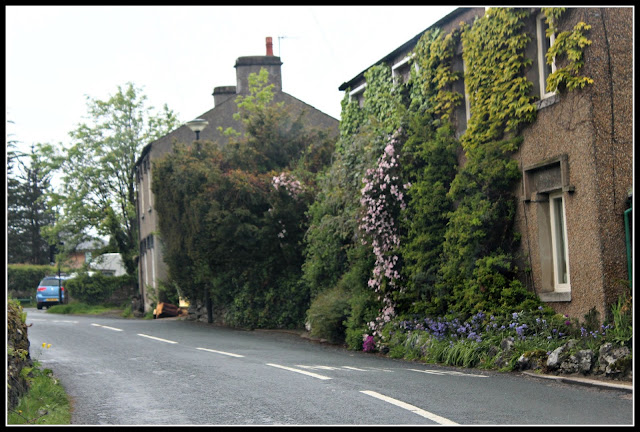 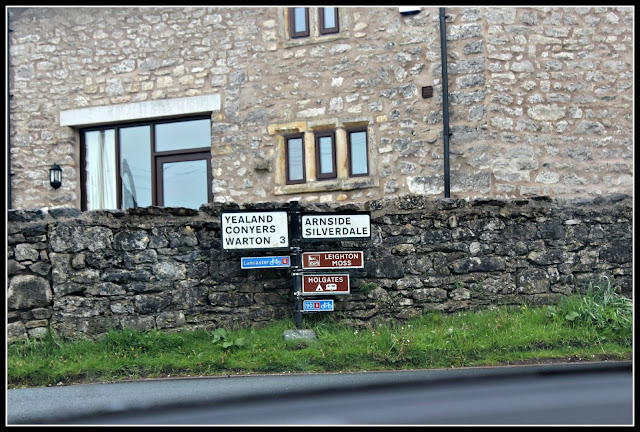 When we reached Arnside we decided to park the car and take a look around the area.

We walked across the street to take a look at the shore line and check out the pier.  This area is prone to high tides that come in rather quickly.  They have warnings all around about listening for the sirens. 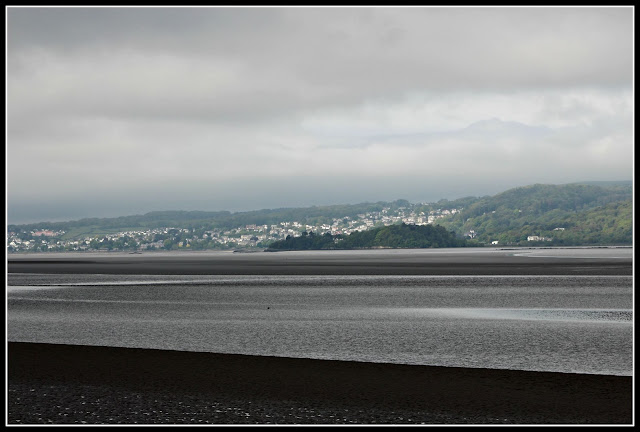 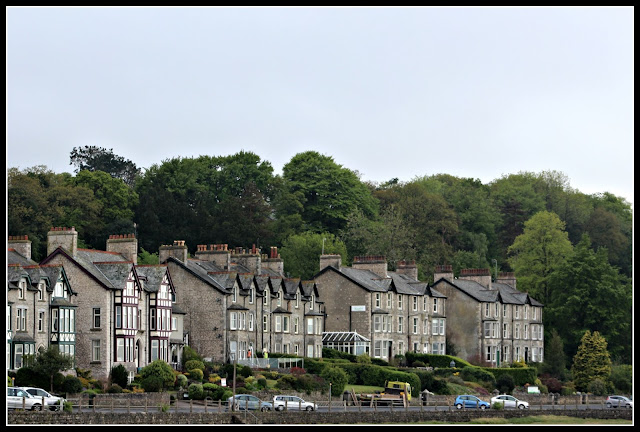 Leaving the quaint little village of Arnside, we travelled to the Troutbeck Valley to see Townend.  This was a beloved area to Beatrix Potter.  She bought Troutbeck Park Farm in the area as she was afraid that the area was being developed too quickly.  She raised her famous Herdwick sheep in the valley. 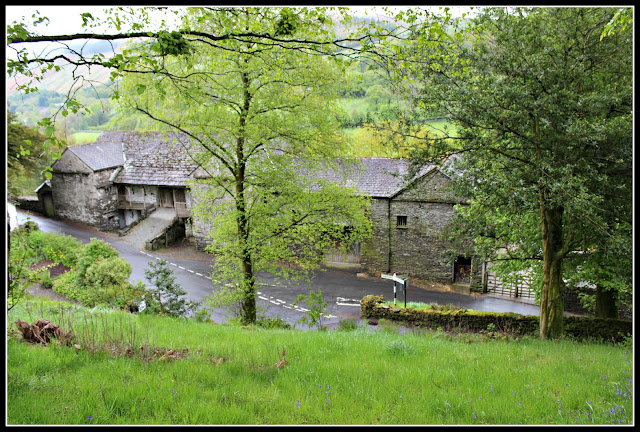 The photo above is of one of the earliest bank barns in the UK.  The oldest part of the barn was built in 1666 by George Browne.  These barns had places for cattle, sheep and plenty of room for storage.  I just love the stone that was used in this barn.  The same stone used on many structures in the Lake District. 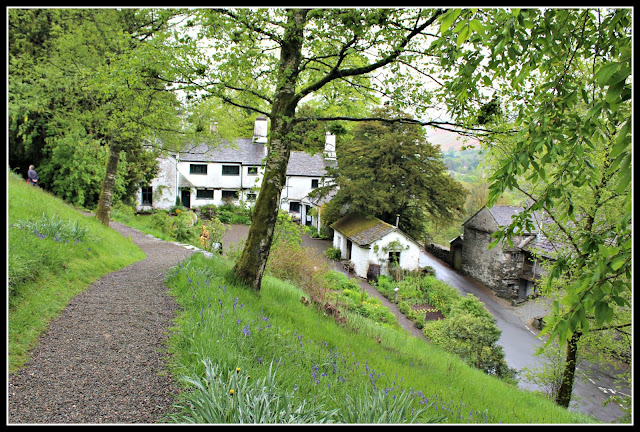 As you can see Townend is just to the other side of the street of the bank barn.  I must tell you this is the loveliest spot!  It was so peaceful and serene here.  Let's go and see when we can go inside.


There was no one to greet us, but fellow visitors told us to take a peg (clothespin) from the rope for our time to visit.  We took our 12 noon peg and when all of the pegs were taken that was all that were allowed in for that time.  We had a half hour or so to look at the garden before our time. 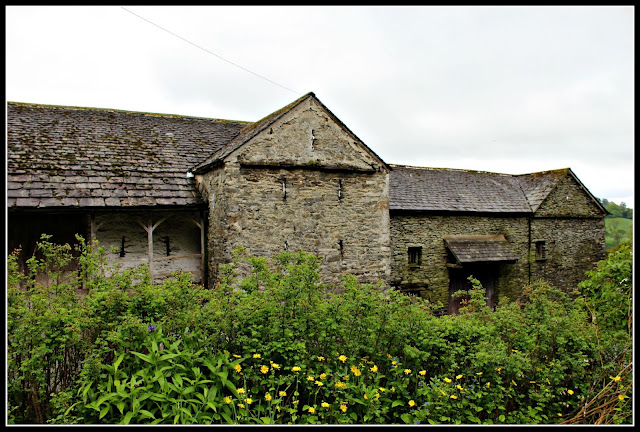 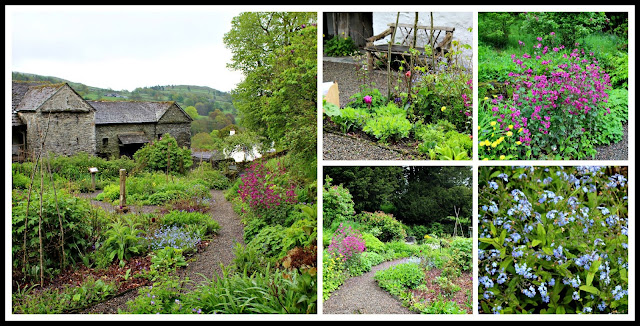 We were so excited to see the birds in the garden and a beautiful little English Robin.  He is much smaller than our robins in America.  This was the best photo I was able to get.

It's now time to go inside Townend.  Watch your step as it is dark and the floors are uneven.  The kitchen is where we enter. 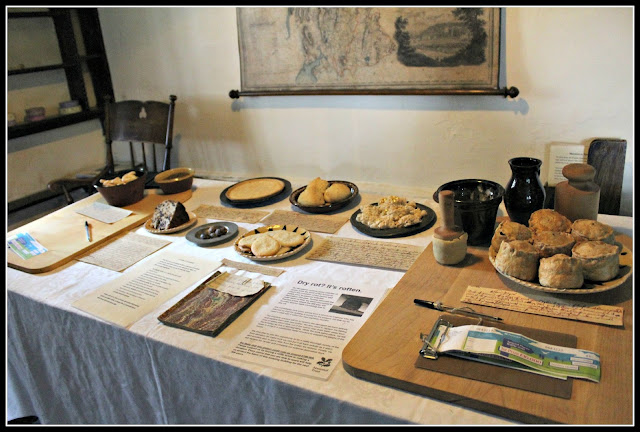 George Browne handmade all of the furnishings at Townend--he was a master craftsman. 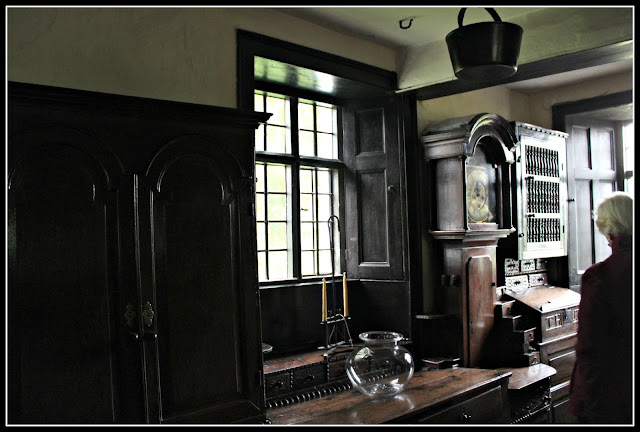 The Brownes were neighbors of Beatrix Potter and she called on the family often.  She wrote how strange it was that Mr. Browne made furniture and put false dates on them.  It seems Mr. Browne wanted to appear more wealthy, so when he made furniture, he carved dates one or two hundred years earlier.

He raised Herdwick Sheep and his awards are displayed in the kitchen. 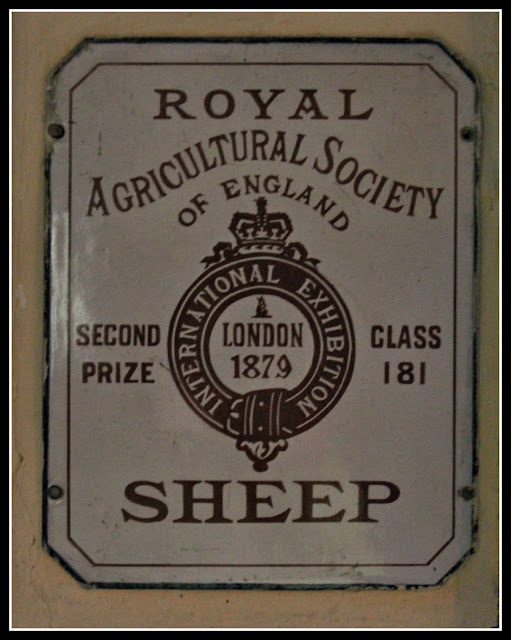 Now we approach the dining room and sitting room.  There are books lining the walls and the table is set with food that would have been served during Victorian times. 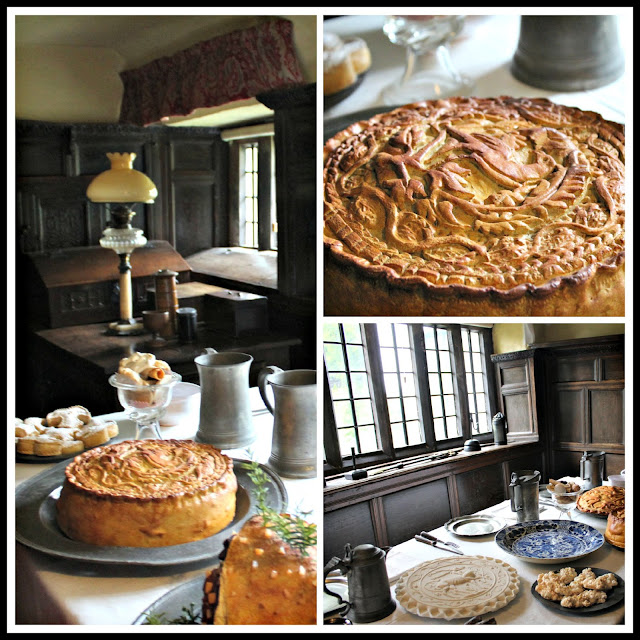 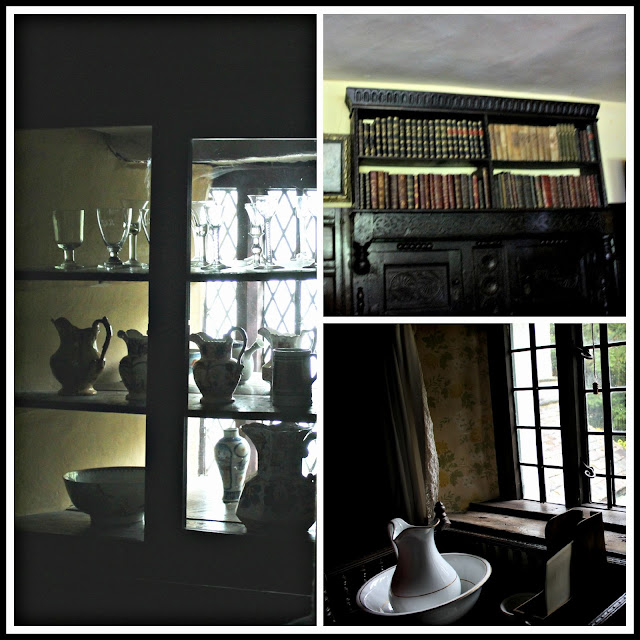 Townend was built in 1626 and remained in the Browne family until 1943 when it was acquired by the National Trust.  It is a farmhouse that has many interesting stories to tell about its long history.  The Troutbeck Valley is so lovely and Townend takes its place there so beautifully.

The docent mentioned to us a lovely little tearoom/cafe if we wanted to take a short walk down the road to Annie's Clock.  Let's go have some lunch.

Posted by The Joy of Home with Martha Ellen at 8:38 PM