Fall Ponderings and Other Thoughts

Today is the first day of Autumn and it feels like it here!  The temperatures dipped into the 50's overnight and for the first time in a while, I put long pants on for our walk.  I simply adore the change of seasons.  Changing from summer to autumn is always welcome after a hot humid summer.

Last night we took a drive a couple miles from our home to see the changes that are occurring all around us. 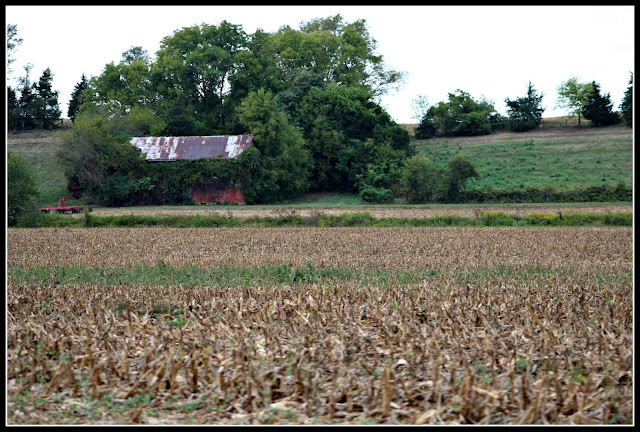 I've watched this barn change over the 47 years we have lived in this area.  As you can see it is quite overgrown and will eventually fall into the landscape.  The farmer has just cut the corn in the fields so I could see the barn is still upright. 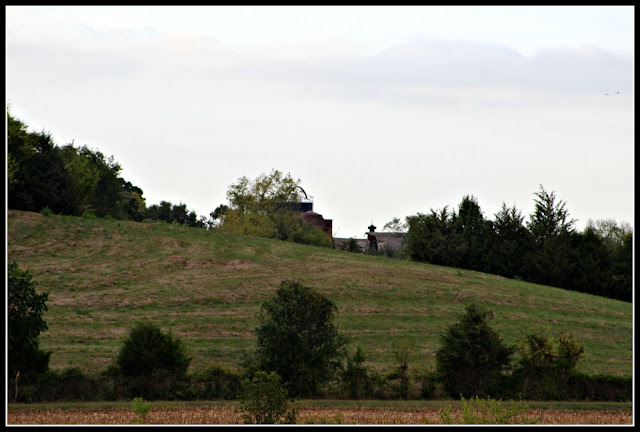 Just above the hill to the right is another barn that appears to be in good condition.  There used to be many farms in my county.  I sure hope that open spaces will still be here for future generations.

It's time for me to add a few Autumn touches to our home.  I brought out the dough bowl and filled it with dried citrus that I bought last year in Williamsburg. 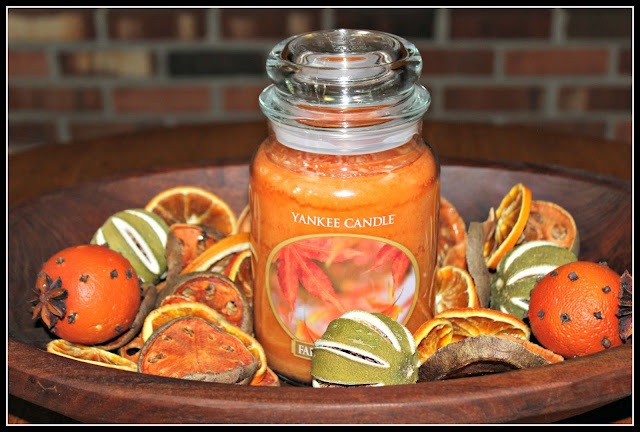 I added a few of the last zinnias to a Beatrix Potter mug in the kitchen window sill.  I'll add a few more things as the season progresses.  Autumn comes slowly, so I'll add touches as time permits. 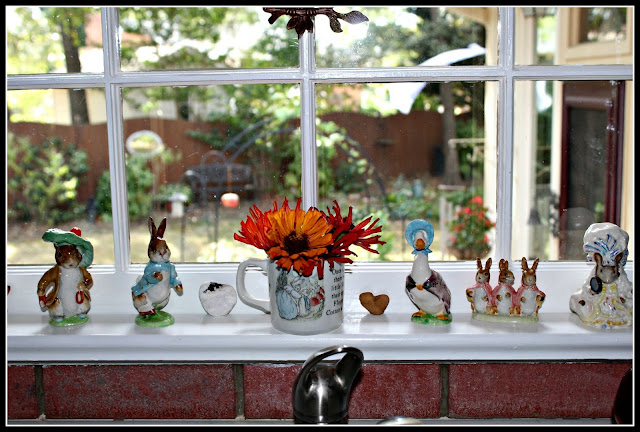 My daughter posted this on her blog yesterday.

RUN, RUN, AS FAST AS YOU CAN 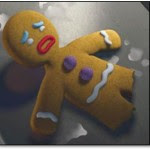 I was pondering on some things at the end of a long workday yesterday (as I am wont to do) and I saw some pictures of some Halloween themed gingerbread men.

It brought my mind back to a story my parents told me about when they were dating. Mom was a teenager when she was dating my father. She was experimenting with cooking (something she still does well into her sixties, I might add) and was making a gingerbread man for my father.

As she was taking it out of the pan, it broke.

Oh no. Disaster right? She’s trying to make something nice for her boyfriend and it broke.

Now my mother is totally a perfectionist. She doesn’t let that get in the way, though. Instead of trying to bake another, more perfect, gingerbread man, she iced the leg, and attached a note to it when she gave it to my father, saying that he broke his leg trying to jump out of the pan and run away.

That was an important lesson to me later on in life. Sure, sure, doing your best is important. But, an important part of being a person is to make good use of mistakes. I doubt I’d have ever heard of any gingerbread man my mother baked for my father as a teenager if it had turned out perfectly. It was the fact that she took a mistake and made it into an interesting story made it memorable fifty years later.

Do you have the creativity to turn a mistake into something awesome? If you do, what did you do?

I have to say this post of my daughter's gave her Mama and Daddy a big smile! ♥


Posted by The Joy of Home with Martha Ellen at 6:58 PM