Grayden and I took a little trip last week to Bermuda.  We sailed out of Boston on a cruise ship.  Bermuda is an archipelago of seven main islands and over 180 small islands and inlets.  It is only 650 miles east of North Carolina. 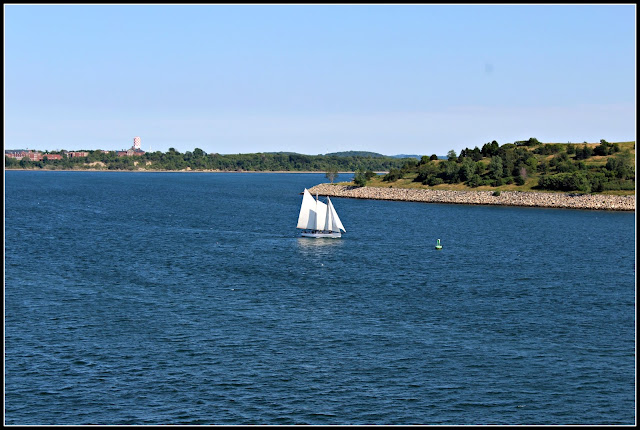 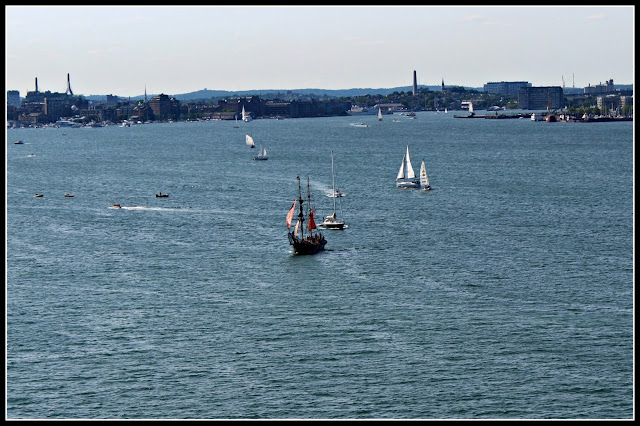 Leaving the harbor of Boston we headed out into the beautiful ocean and over the Continental Shelf.  I'm always in awe of the beautiful sea life we see as we pass this deep shelf that is over two miles deep.

We enjoyed being spoiled and soaking up the beauty of the sunshine and lovely sights as we sailed to Bermuda. 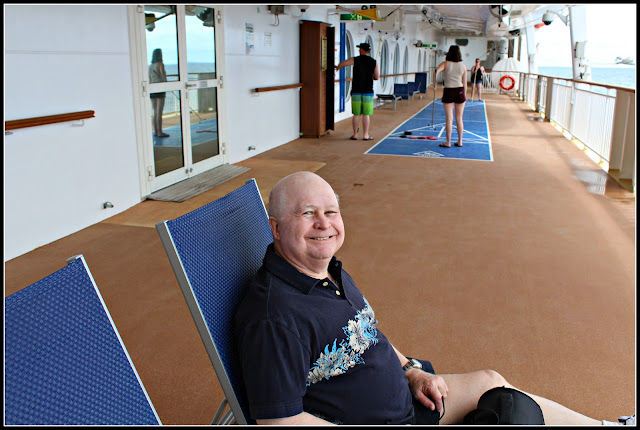 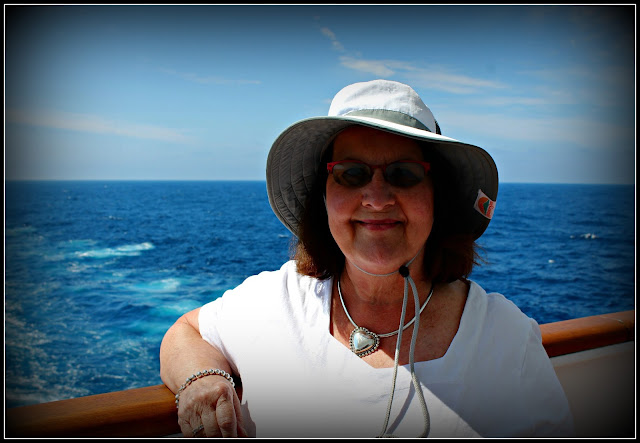 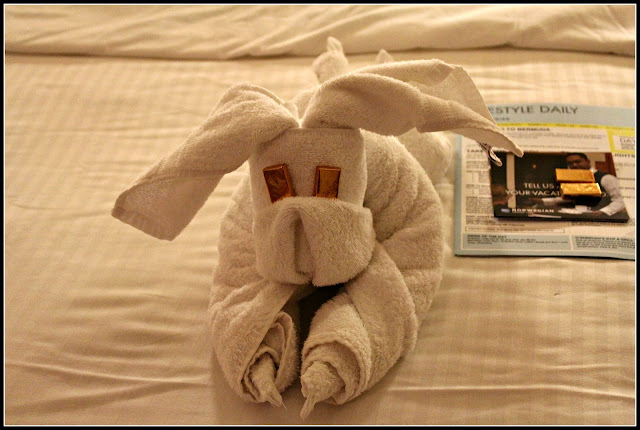 Bermuda was discovered in 1503 by Juan de Bermudez of Spain.  He never walked on the island because of the fear of the reef that surrounds the island. 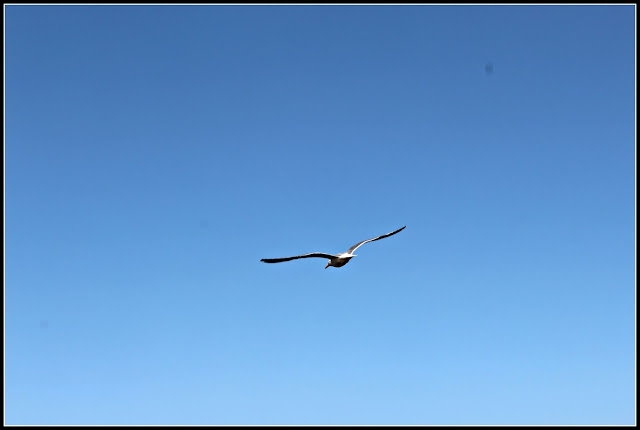 His fear was justified .  In 1609 the Sea Venture shipwrecked on these very reefs.  Admiral Sir George Somers established the English claim to the islands.  The Virginia Company had sent the Sea Venture with supplies to aid the failing group at James Fort in the New World.  William Shakespeare's The Tempest was inspired by the shipwreck of the Sea Venture.

Our cruise docked at the Royal Navy Dockyard.  Bermuda is a British Overseas Dependent Territory that enjoys autonomy.  It is the oldest self governing overseas territory in the British Commonwealth.

Queen Elizabeth II is the head of state and is represented in Bermuda by a governor that she appoints.

The Royal Naval Dockyard is a lovely port that is now owned by the Bermudan government.  It houses The Bermuda Maritime Museum and many buildings have been converted into shops and pubs.  The dockyard was constructed when the independence of the American colonies left the British without a base between Halifax and the West Indies. 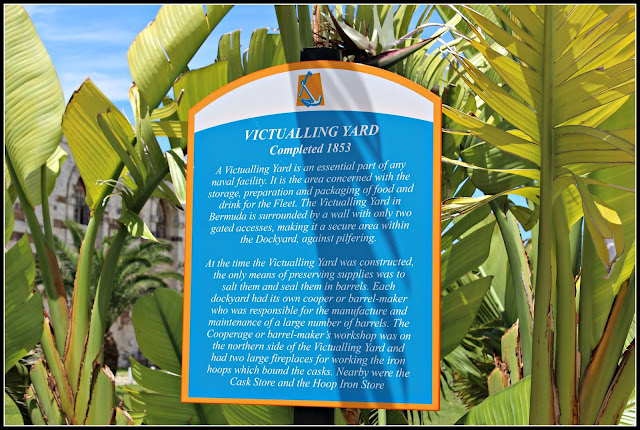 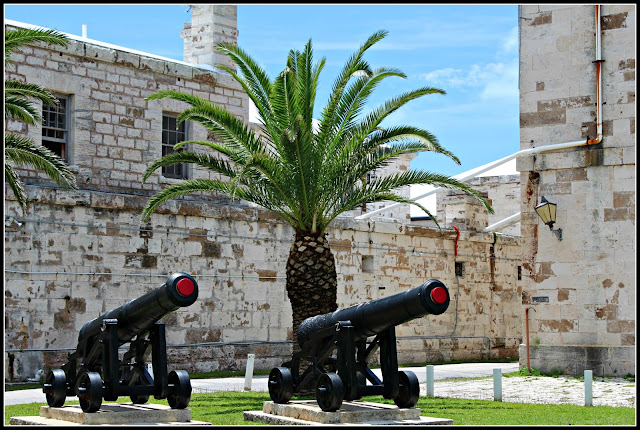 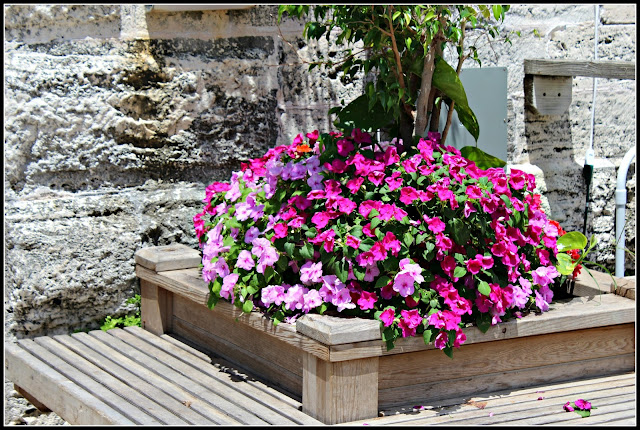 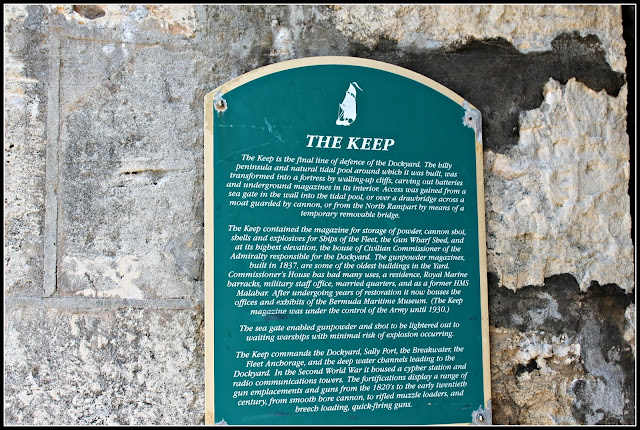 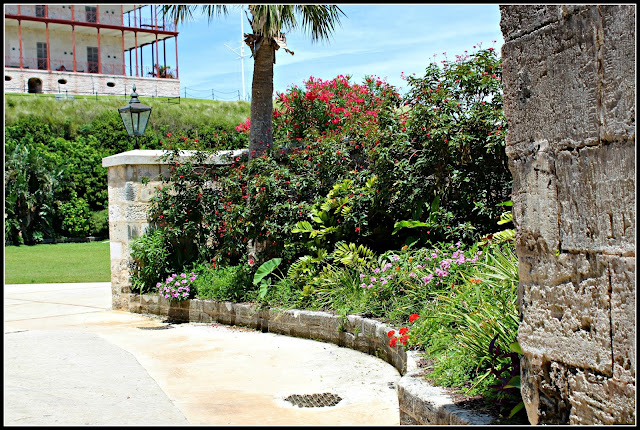 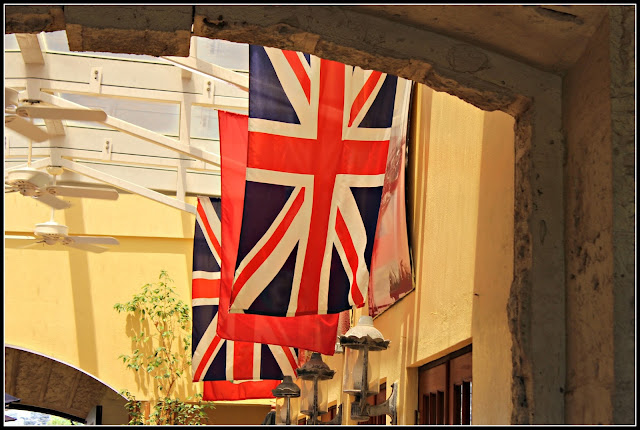 There is glassblowing works in one of the old warehouses. 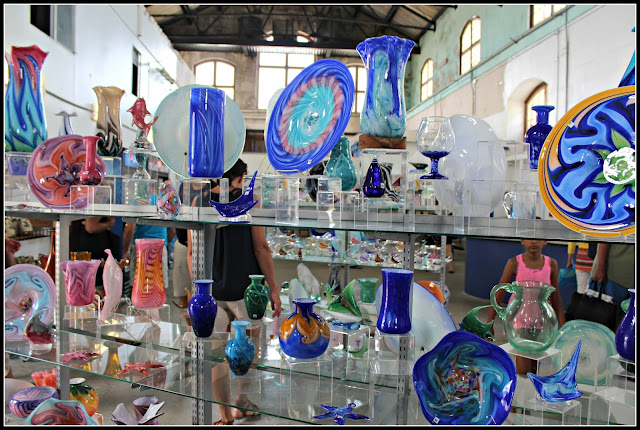 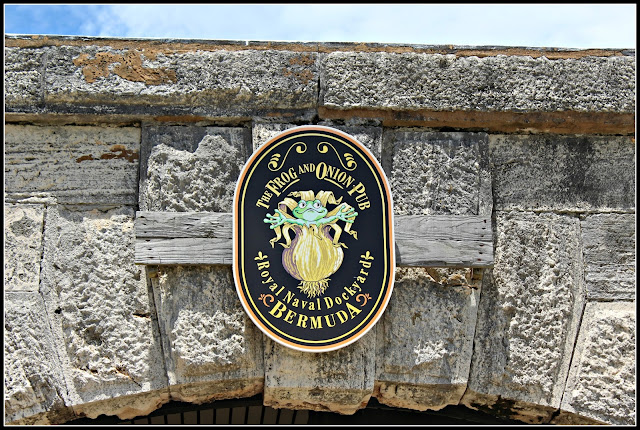 We had visited Bermuda with my sister and her husband many years ago.  There have been great changes to this island paradise.  There is much to see and do.  Our ship came into the port on Sunday afternoon and left on Tuesday evening.  Before leaving home we planned what we wanted to do while there.  The first afternoon we enjoyed visiting around the Royal Navy Dockyard.  The next day we took the island ferry to St. George's Island.  This is at the northeast end of Bermuda.  The ride over took about 45 minutes and we were treated to spectacular views of this beautiful island.  The beautiful water is a sight to behold. Grayden was talking with a local gentleman and he told Grayden that a tourist once asked him what they put in the water to make it so blue.  We all laughed and exclaimed how truly lovely it is.  My next post will be about St. George's and what it means to me. ♥

Posted by The Joy of Home with Martha Ellen at 10:53 PM