Set in My Ways

We have been fortunate to not have to replace appliances in a very long time. With that being said, for the past year our dishwasher has leaked.  Not all the time, just when it felt like it!  The Maytag repair guy recommended a new gasket around the door.  When that was replaced it didn't leak for about a month.  Then it would leak occasionally!  Dealing with this has really been a pain.  I would place a little tray under the right leaky side and get a few drips every now and then.  Then a few weeks ago it began leaking a lot.  This was not okay as we have hardwood floors in our kitchen.  Knowing that the dishwasher was seventeen years old we decided to replace it.  Along with that we replaced the garbage disposal.  I love our new dishwasher and now no longer have to worry about water on the hardwood. 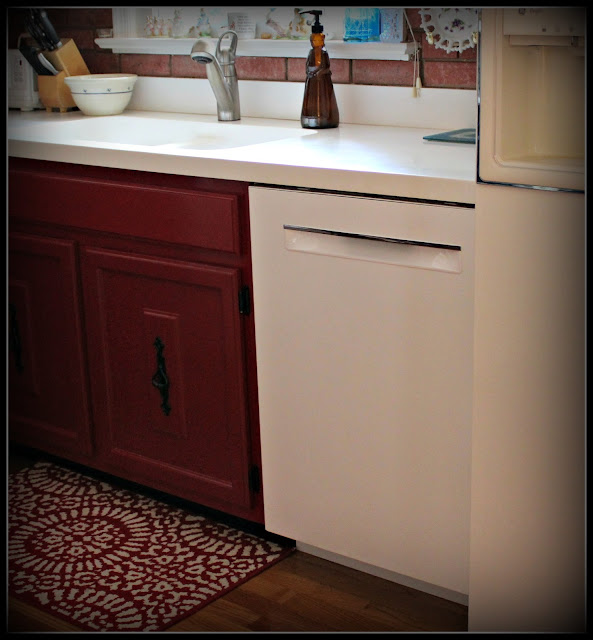 While the grands were visiting I needed to wash a load of laundry.  We noticed the washer took forever to fill.  After checking online, Grayden decided he could probably fix the problem.  After he pulled the washer out in the laundry room, there was a big puddle of grease and oil on the floor!  Well, I'm sure you guessed what we had to do.  Our washer was twenty-three years old, so we can't complain!  Having to replace three items in the same month is not great on the budget, but that's what we had to do.

Dishwashers and washing machines have really changed since we last bought one.  I'm not used to having a washing machine that takes an hour to run!  It does a great job, but really?  Also the dishwasher takes a while as well but it is so quiet!

So, have you had to replace any of these appliances and found it to be challenging?  Maybe it's just me---Set in my ways! ♥