October birthdays and an Anniversary


October is a very busy month celebration wise!  Grayden and I both have birthdays and it is also our anniversary month.  We are so blessed with a happy and long marriage.  We usually go away for our birthdays and anniversary and this year was no different.  Usually you would find us going to Williamsburg or the mountains and some years even to a beach for our celebration.  This year we decided to go somewhere completely different and quite unusual for us.  We went to Scottsdale, Arizona last week to celebrate 48 years together! 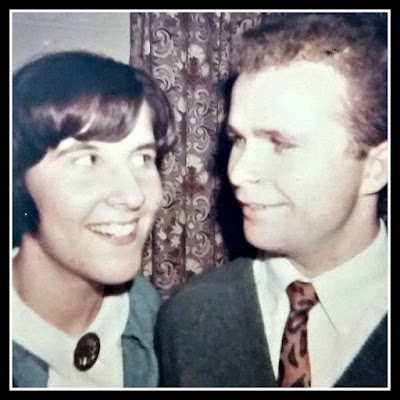 This photo was taken when we were dating and right before we were married.  Grayden was a senior and I was a freshman in college.  We were so young, but very much in love.  We knew what we wanted in life and very much wanted to get married.  My parents were quite concerned that we were too young to get married.  They said we should wait, but we had other ideas.  I was not a rebellious teen, but I wanted to get married!  Grayden and I had plans to marry no matter what.  So we decided to elope!  Now you must know I was the child that always did what my parents wanted, but I felt they were being unreasonable and I knew what was right for me!  How confident I was that I was doing the right thing!

Grayden picked me up from school on a Friday afternoon and we traveled to South Carolina to get married.  You could not marry in Virginia without your parent's permission!  How bold we were.  We had rented a small apartment to move into after we married.  We were poor college students that were certain of what we were doing!

My parents were so hurt by what I had done, but accepted me and Grayden with open arms when we returned back home on that Sunday evening.

Looking back on this experience I find I can hardly believe I did this.  I am so blessed to be married to a fine man who loves me and I love him.

As I grew older and had children of my own, I realized how bold I was to have taken such a step as a young woman.  I don't recommend it to others.  Marrying so young is not advisable!  I was very lucky that it worked for us!  That alone is a miracle that is a gift that I thank God for every day! ♥ 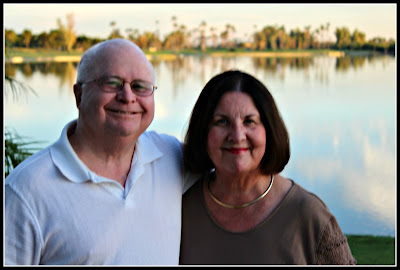 Posted by The Joy of Home with Martha Ellen at 10:00 PM