After leaving Castle Bolton we wanted to continue with our day out in the Yorkshire Dales.  The roads were winding back and forth along the beautiful countryside. 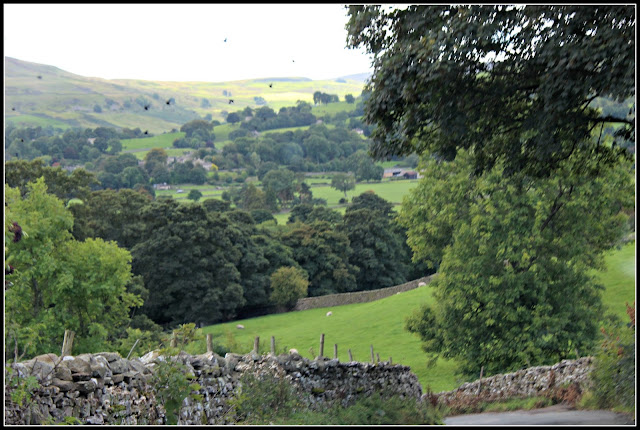 If there were nothing to see but the countryside, I would be happy.  But we needed to find a little pub or tearoom to get a little something to eat.  Out in the middle of what appears to be nowhere there are places to stop. 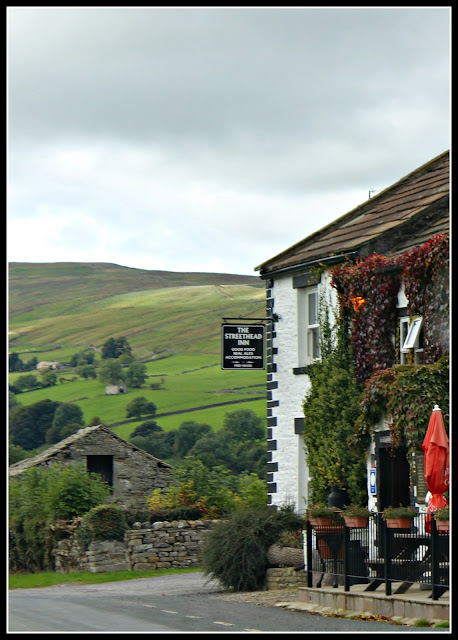 We really had no idea whether it would be good or not! 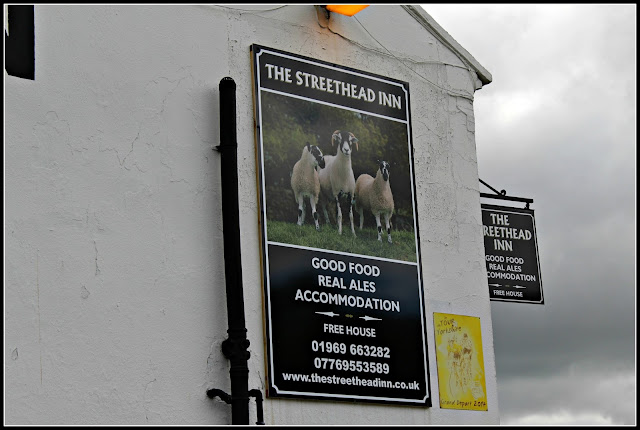 We parked the car and decided to go in.  It was a sweet little pub with charming tables and fireplaces and cabinets filled with china.  I do believe English china is the most beautiful in the world.  I never tire seeing it in pubs, houses, mansions, or castles! 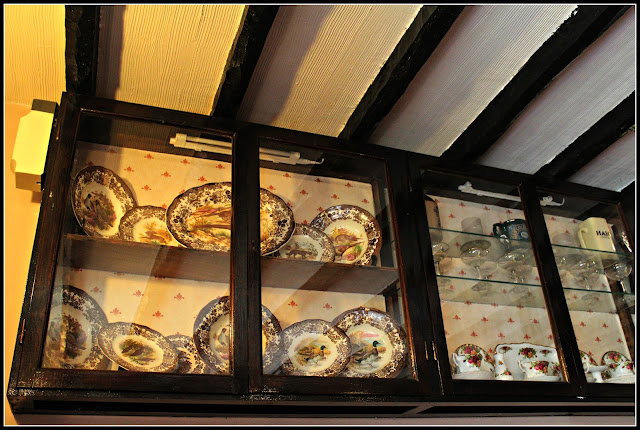 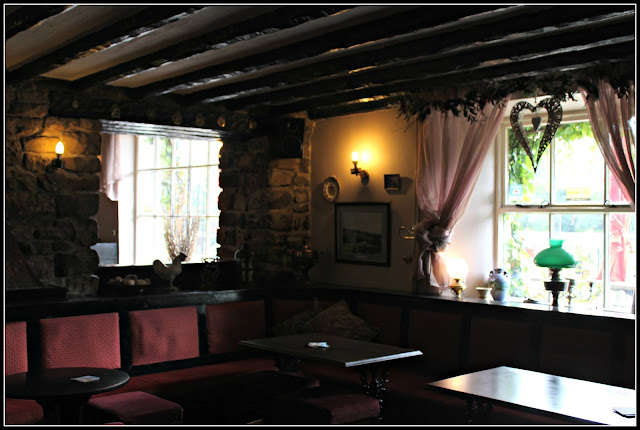 I ordered the chicken salad. 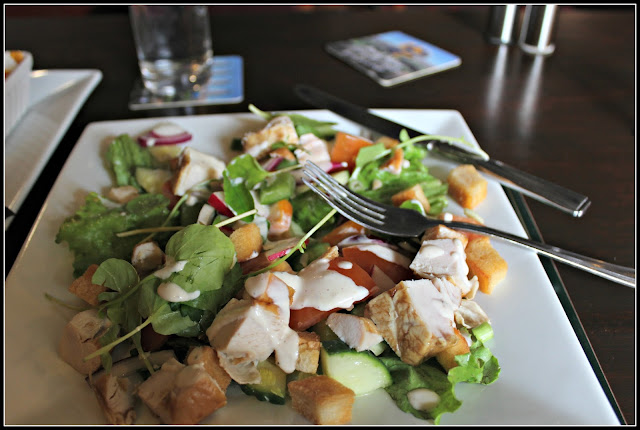 And Grayden had the lasagna. 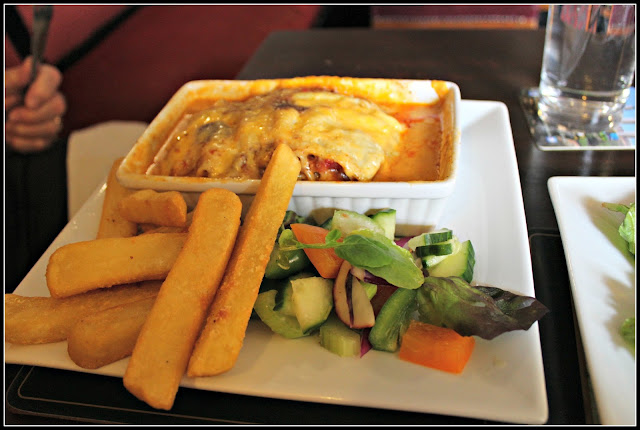 I know it seems strange to have fries (chips) with a pasta meal, but that is not uncommon in England.  We both enjoyed our meal and were fortified to continue on our journey for the day. 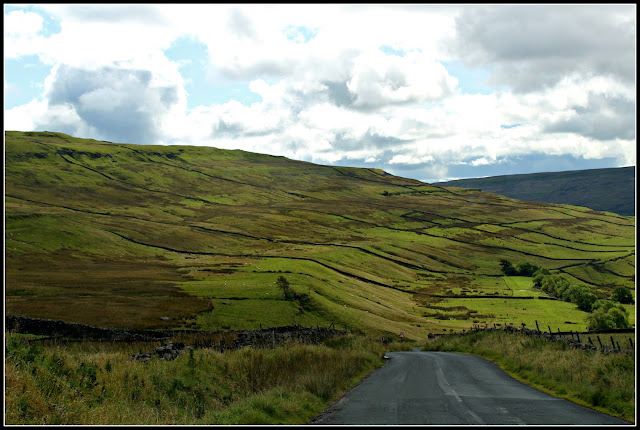 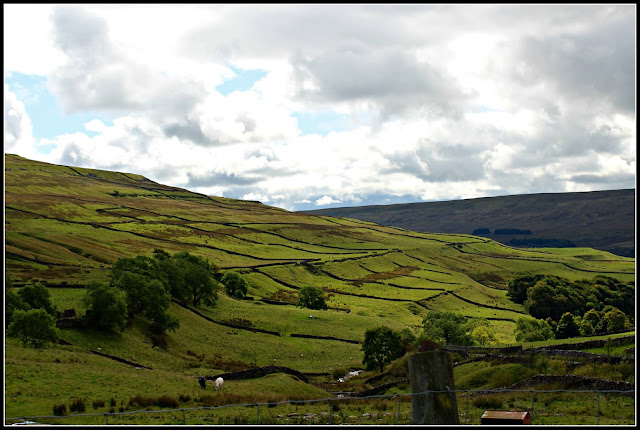 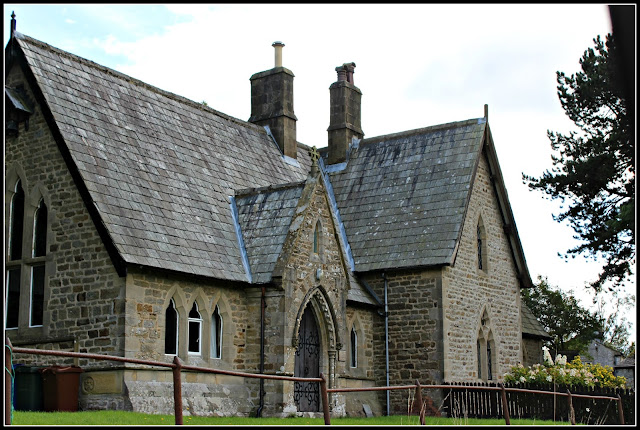 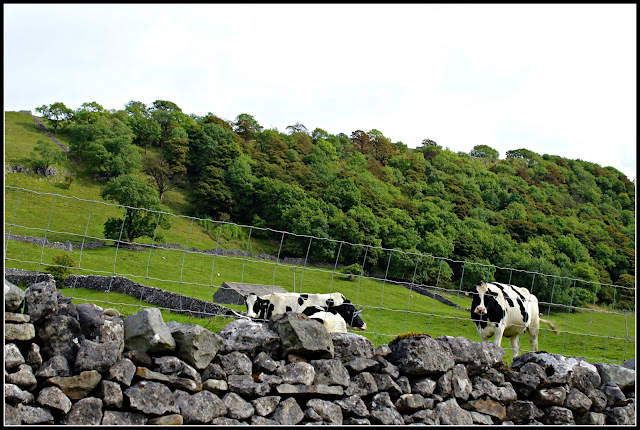 I am not a cow expert, but I believe the cows above are called Holstein Friesian. 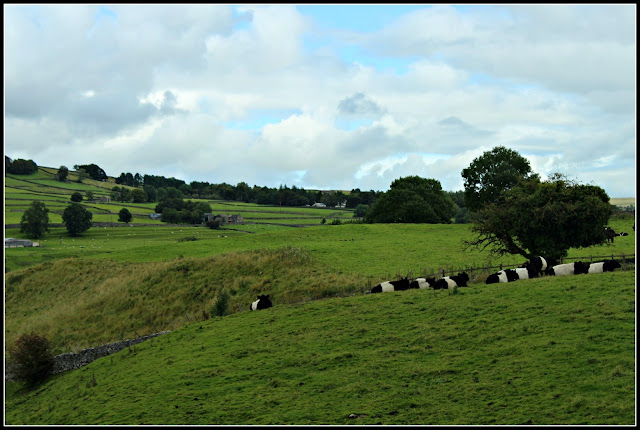 The ones above are Belted Galloway.  Please let me know if you are familiar.  There were many breeds of cattle on our trip and particularly in Yorkshire. 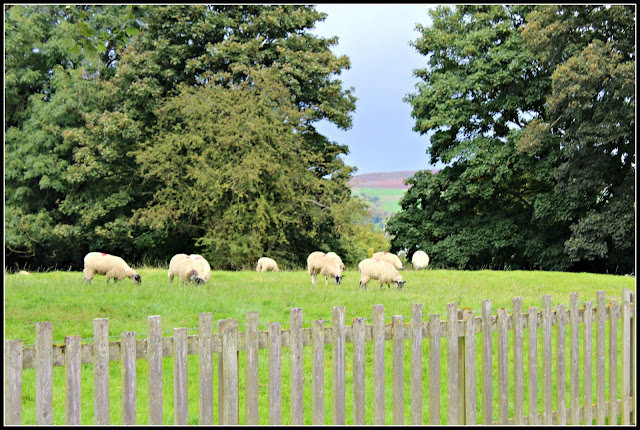 Beautiful sheep were grazing everywhere as well.  We're traveling to Bolton Abbey.  We reach our destination driving through a very narrow opening. 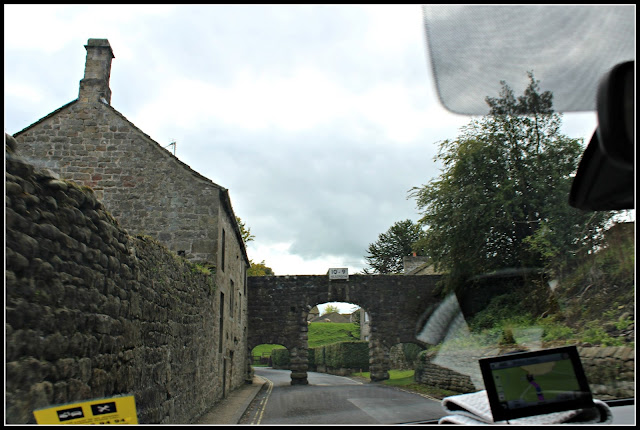 I'm so proud of Grayden for many reasons, but today for his driving skills!  Driving along country lanes on the wrong/left side of the road and his tolerance of me directing him rather frequently/quite often!  Let's explore the Bolton Abbey Priory Ruins after we park the car. 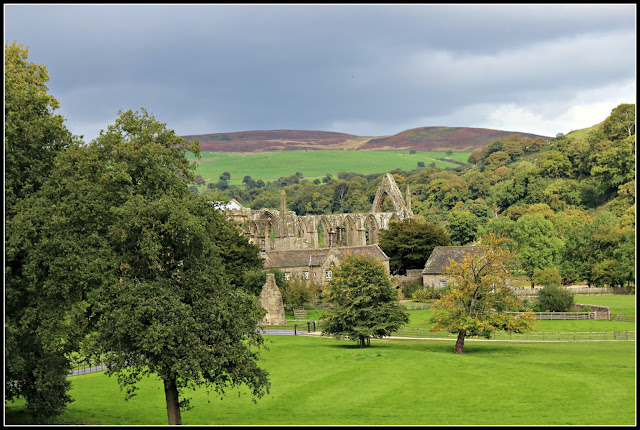 The sight of the Priory is heartbreakingly beautiful. This Priory was founded in 1154 by Augustinian monks.  There was damage to the Priory in the 14th century by Scottish raiders and had to be abandoned for a period of time.  The nave of the abbey church survived the Dissolution of the Monasteries. 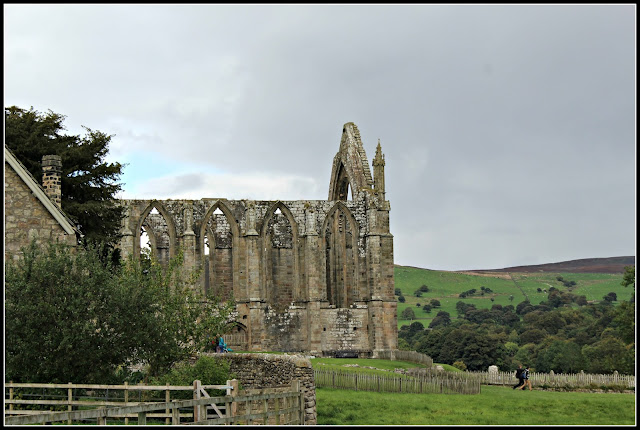 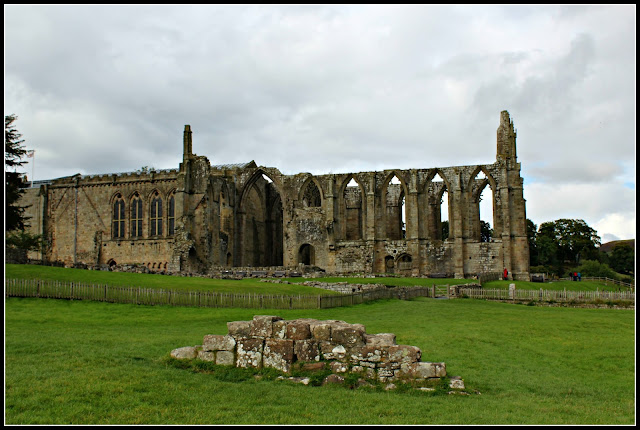 As we walk down to the Priory ruins we think about all the souls that walked these paths. 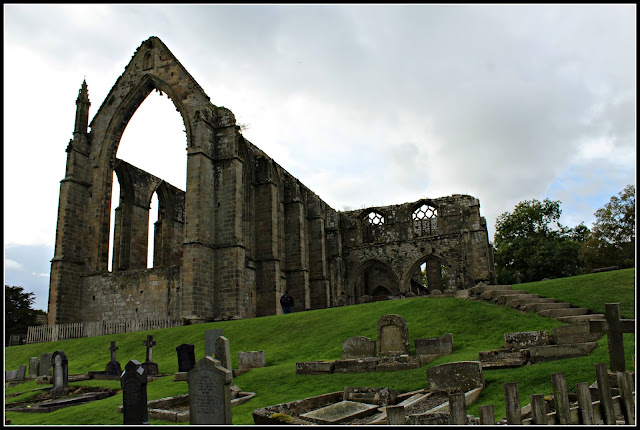 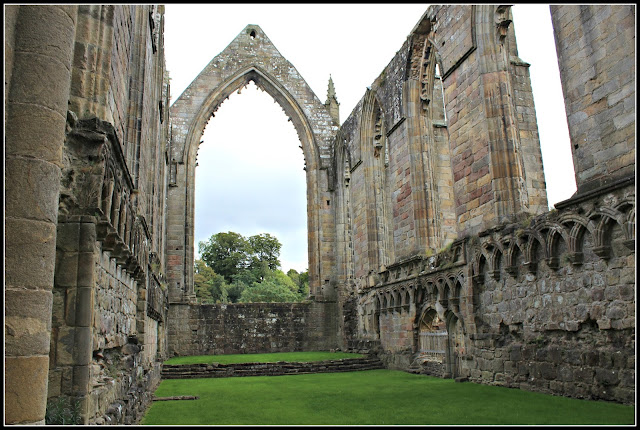 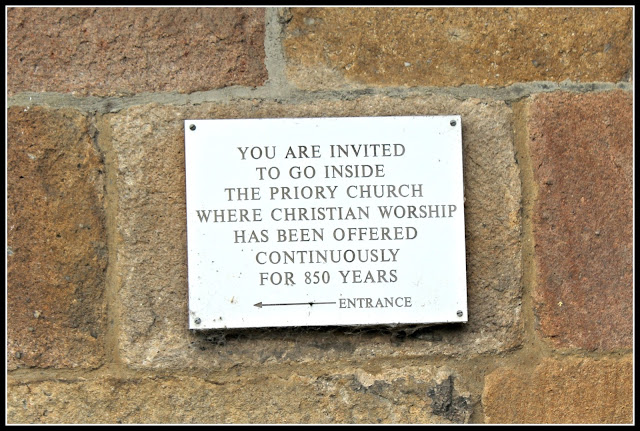 Come along and we'll go inside this beautiful house of worship. 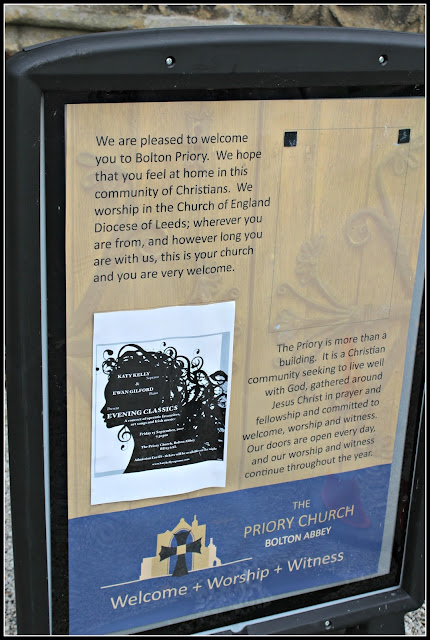 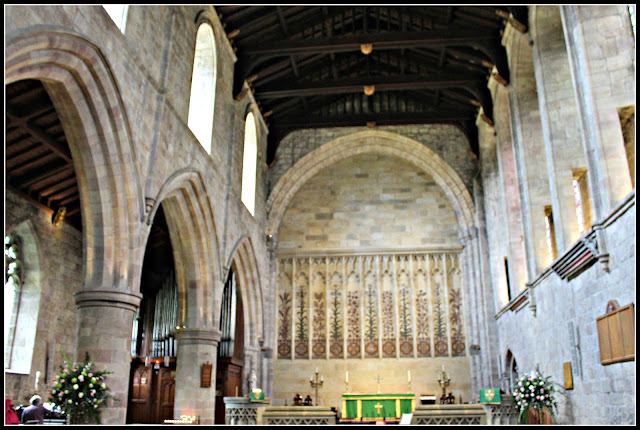 As we entered the organist was practicing his music for the next service.  It was so lovely to have music accompanying our visit. 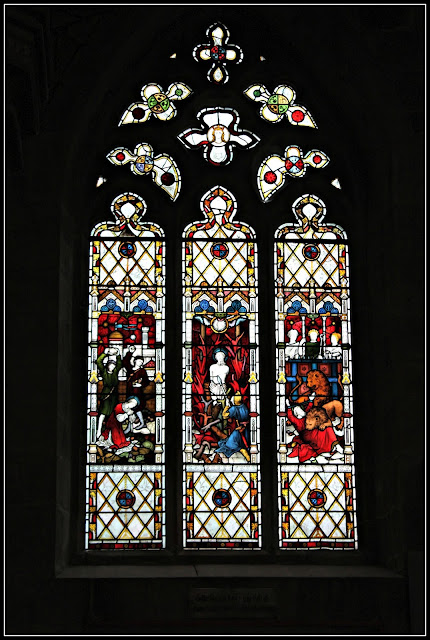 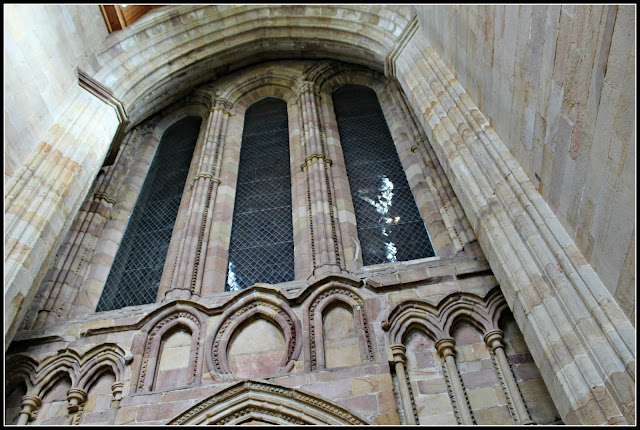 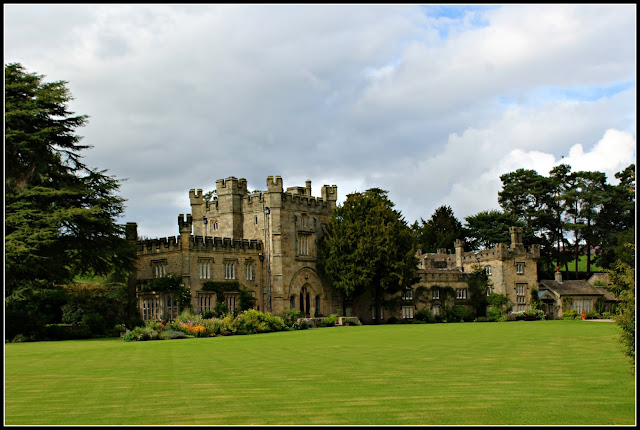 Behind the Priory Church is Bolton Hall.  This mansion was built around the original arches to the Priory.  It is the shooting lodge of the Dukes of Devonshire.  They have owned the Bolton Abbey estate since 1748.  It is now run by the Chatsworth Settlement Trustees.

Thank you for coming along with us on our journey today. 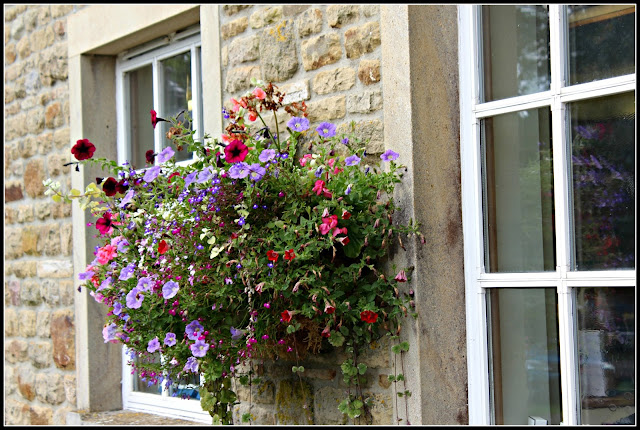 It's lovely to see such pretty flowers all along our way. ♥


Posted by The Joy of Home with Martha Ellen at 9:59 PM