For those of you that live up north, I'm sure you aren't interested in the little snow we have.  I guess when you don't get something often, it seems more like a prize than when you have it all the time!  Here in the south, we don't get snow very often of course.  I happen to be a soul that loves it.  No I don't have to work in it or do I often have to even shovel it. 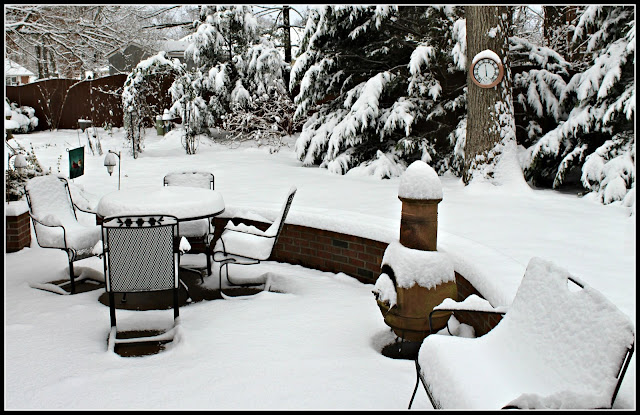 Snow began falling on Saturday and continued throughout the night into Sunday.  The icing on the cake came in the form of a sleet/snow mixture.  This is kind of dangerous and I realize not everyone gets to sit by the fire and relax. 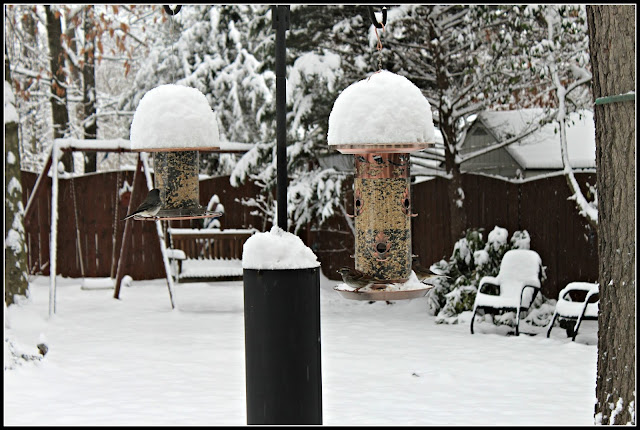 We made sure the bird feeders were full when we heard about the upcoming storm. 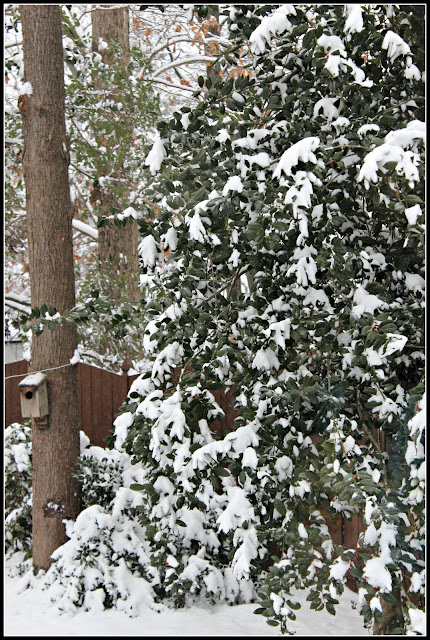 The snow accumulated quickly and weighted down the hollies and the conifers. 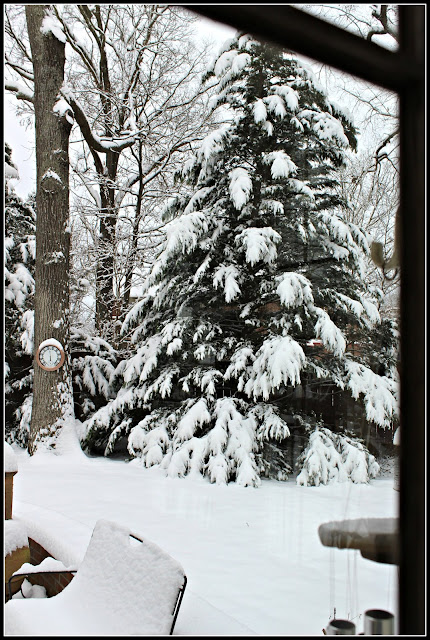 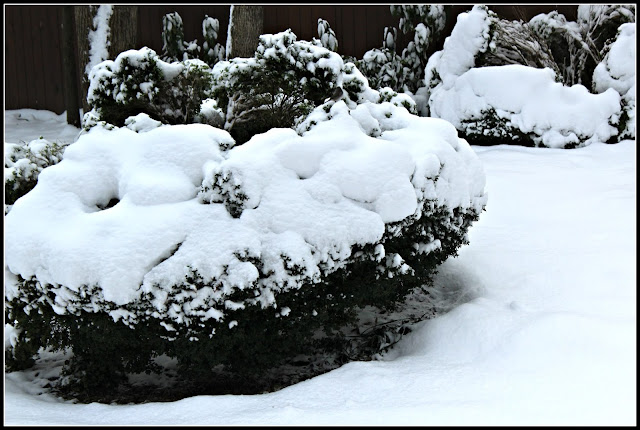 Hopefully the boxwoods will spring back after the weight of the snow melts.  Although I have been having issues with this particular one.  I'm afraid it is suffering from box blight--a dreaded problem with boxwood. 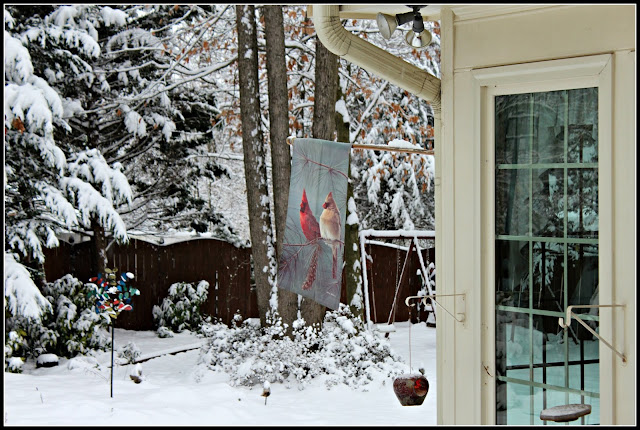 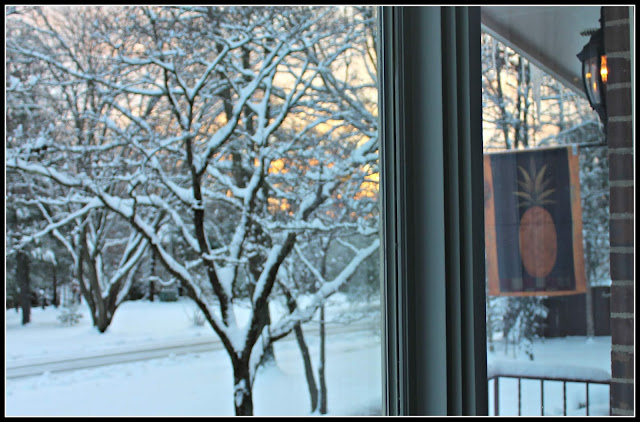 The snow created a lovely sight as the sun began to rise. 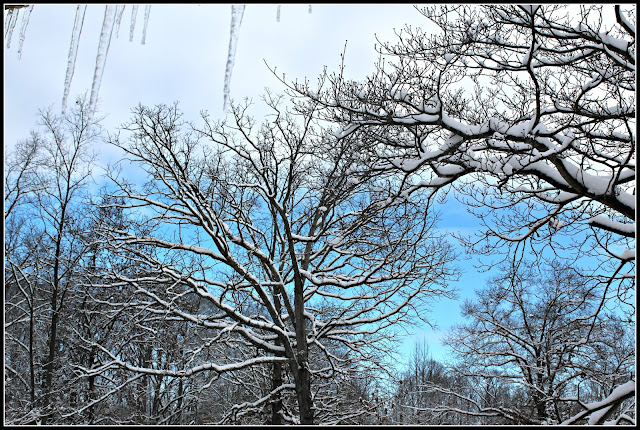 The blue skies began to peek out from the cloud cover. 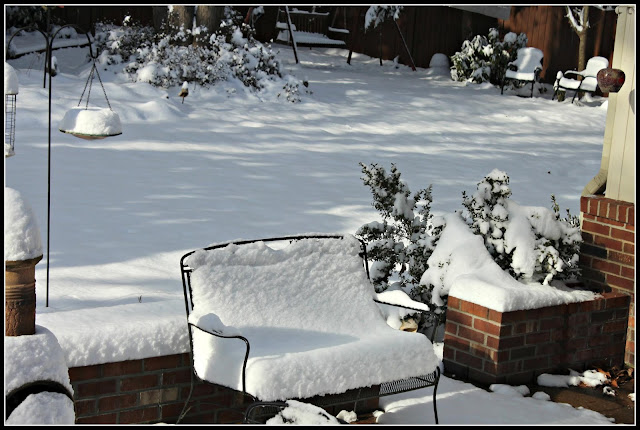 The sunshine adds another beautiful element to snow. 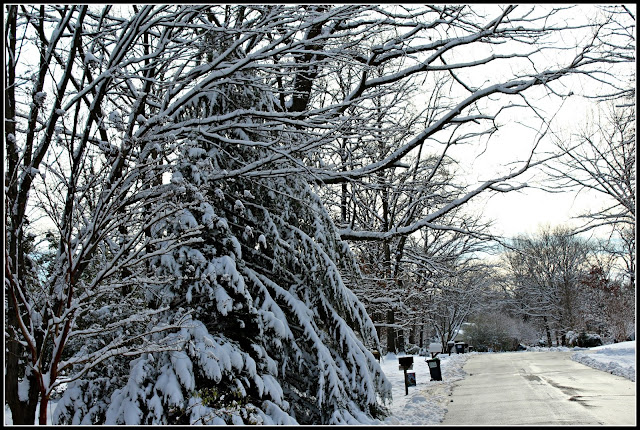 We decided since the sun and salt melted the snow on the road we would venture out for a walk. 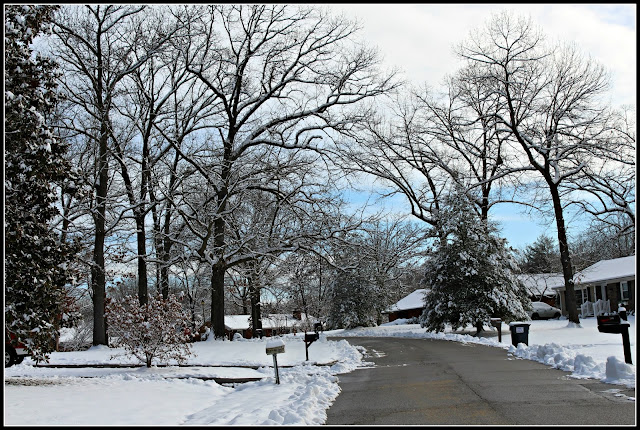 It felt so good to get outdoors and breathe in the fresh air.  I'm an outside gal and feel cooped in if I don't go outside! 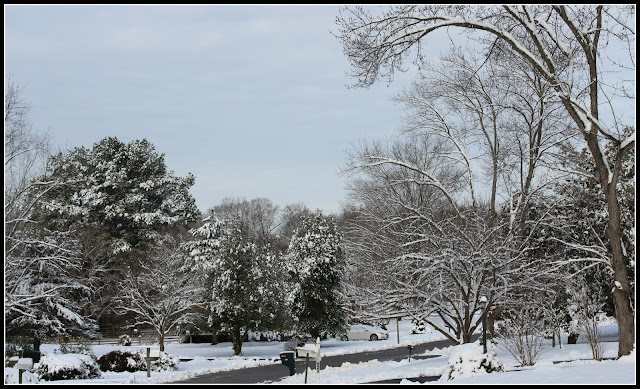 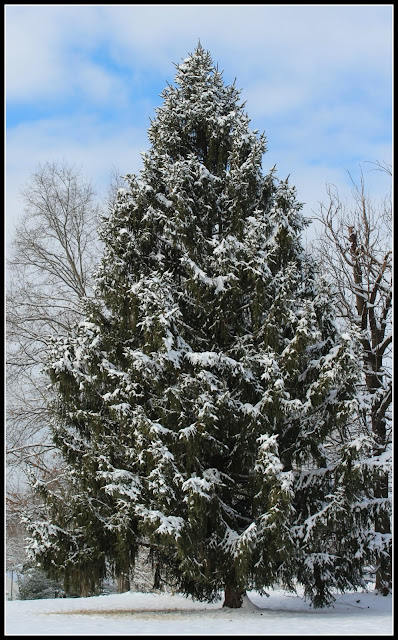 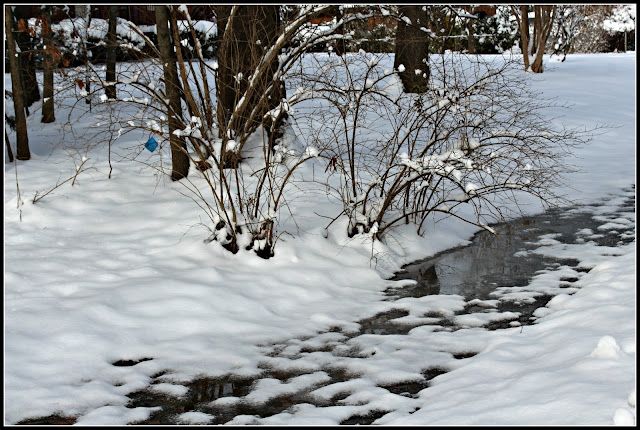 Okay, let's go in and have something warm to drink. 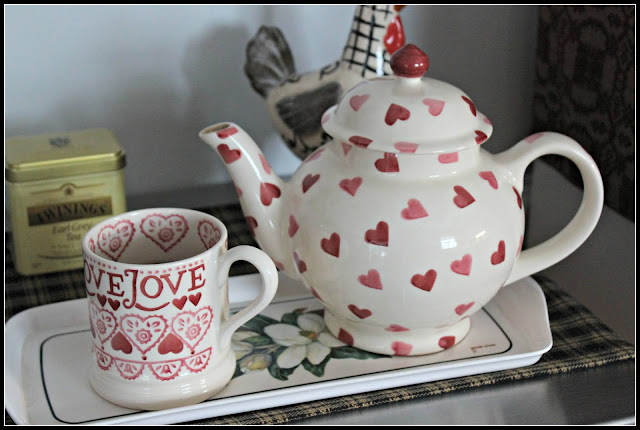 Would you like to join me for my morning tea?  Or maybe you'd like to have a cup of coffee.  I'm sure Grayden would share a cup with you.  Whatever you choose I hope you keep warm and safe wherever your day takes you. ♥

Posted by The Joy of Home with Martha Ellen at 4:40 PM