Sailing down to Aruba from Grand Turk we enjoyed seeing all the birds that flew alongside the Queen Elizabeth.  We both love birds and are always up for identifying them when we can.  There was a Naturalist onboard that held lectures that helped me to identify our views of different sights. 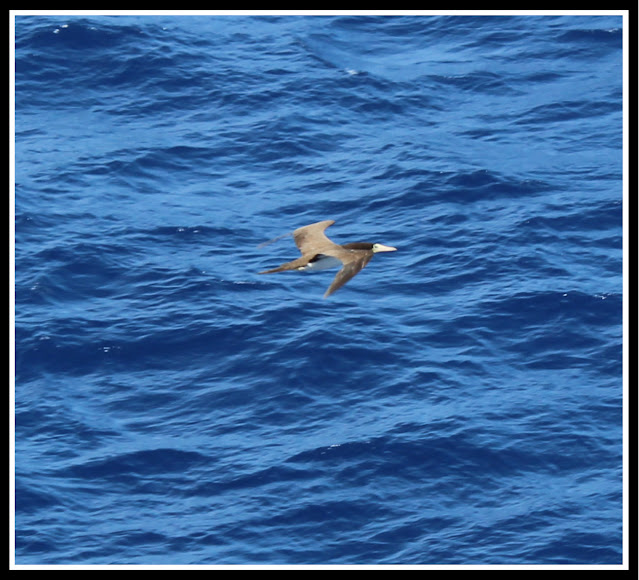 The Brown Booby was accompanying us for many miles soaring above the beautiful blue Caribbean.  Growing up going to the ocean, all seabirds were called "seagulls".  So in my old age it's nice to identify the many, many birds that cross our paths.  I have learned that the Brown Booby never sits on the water, but only roosts on solid surfaces.  They only nest on the ground.  They dive into the water and scoop up small fish.  Grayden and I saw many of them do this and they left a blue tube in the water as they fished.
When onboard every passenger must get tested in order to keep the ship healthy from Covid.  Grayden and I were tested four days after boarding and we were thankful to learn we were negative.

The Queen Elizabeth pulled into Oranjestad, Aruba early in the morning.  Oranjestad is the capital city and is the largest city on the island that is a constituent country of the Kingdom of the Netherlands. 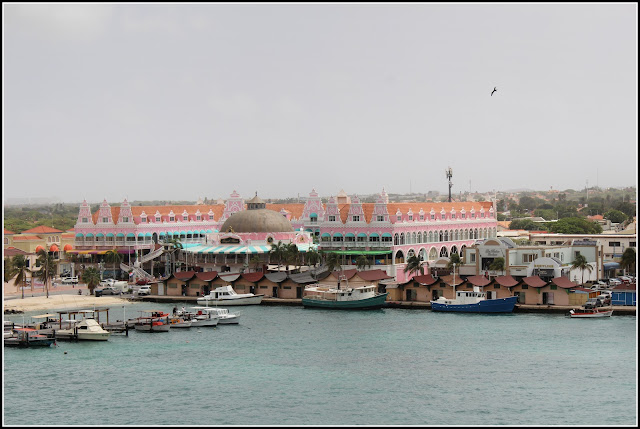 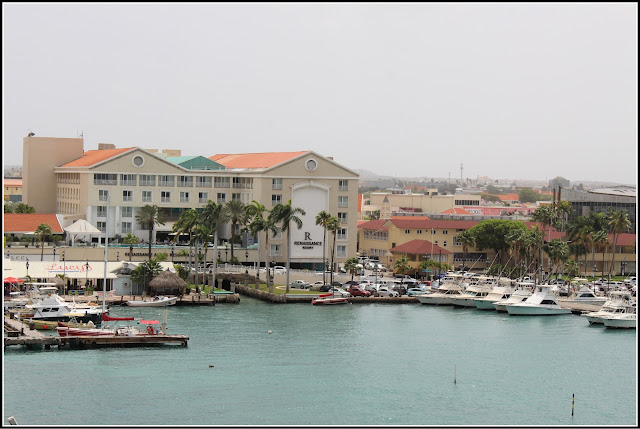 We have visited Aruba several times.  It is quite a varied island filled with diversity of flora and fauna and gorgeous beaches.  We didn't take an excursion this time, but decided to walk around town and enjoy the local shops and local sights. 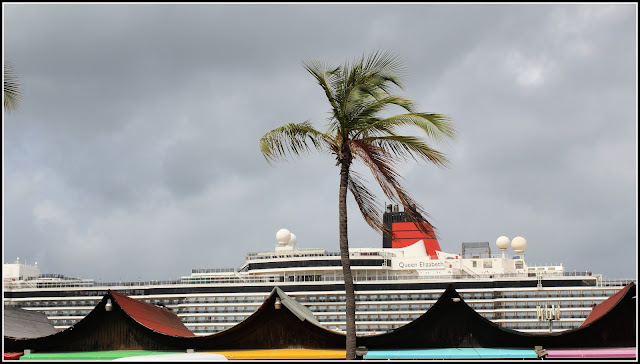 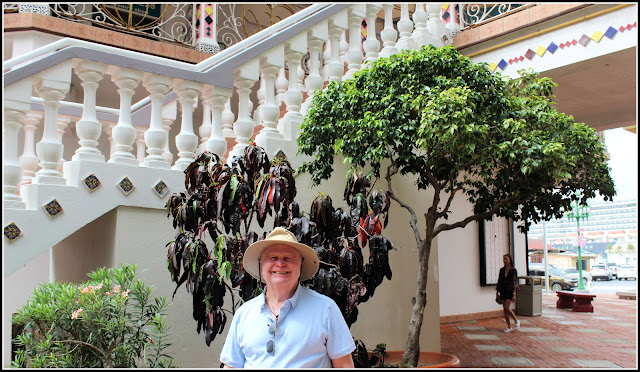 As we wondered around town we looked at the varied architecture and pretty tropical plants.  Pink is the color of choice on buildings everywhere on the island and looks so lovely with handmade tiles all around. 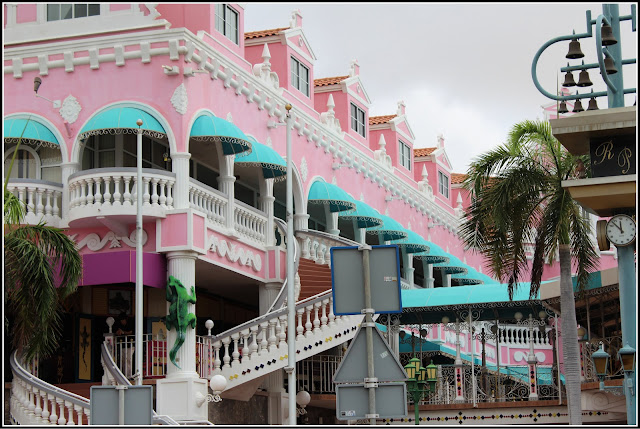 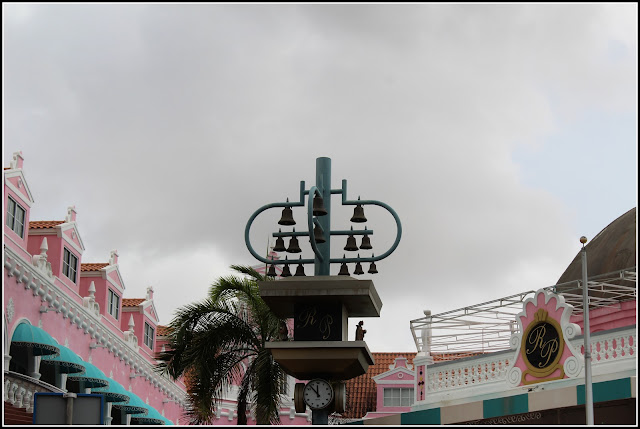 The sky was quite threatening, but we were happy that rain waited until later. 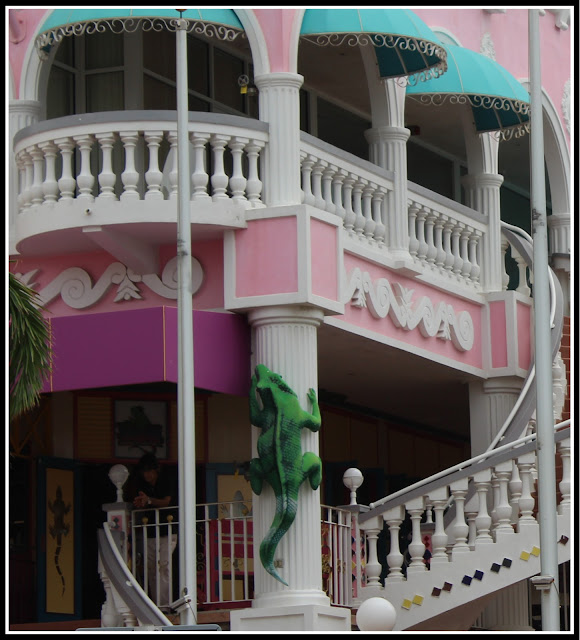 In the shopping district and all throughout town there are statues of blue horses.  Each one has a name and a post with its name. 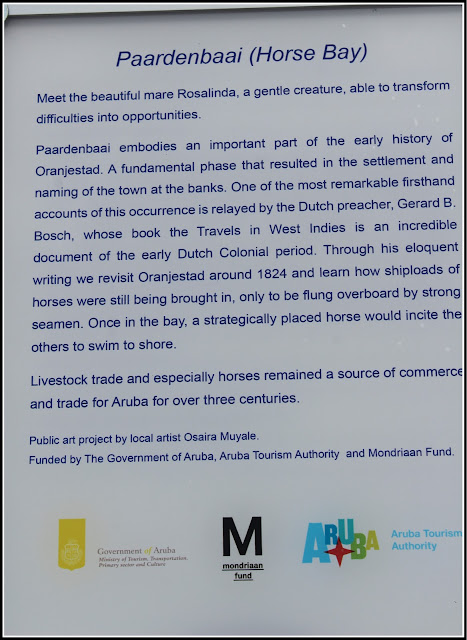 There are eight blue horse statues throughout the city.  The project began in 2015 as a tribute to Paardenbaai (Horse Bay).  This was the original name of the city in the 17th century when horses were sold to Europeans.
It was fun taking in the sights of Oranjestad, Aruba and so nice for us to learn more about this amazing island.
Next we transit the amazing Panama Canal!  Join us as we go from the Atlantic to the Pacific ocean.

Posted by The Joy of Home with Martha Ellen at 4:15 PM