Do you remember my little pumpkin that grew in our compost area?  When it was evident that the pumpkin would not mature enough to eat I picked it and placed it on our table on the patio.  There it sat for many days and eventually turned orange.  I noticed it was being eaten, but only at night.  We never could capture an animal or bird pecking into it, but was obviously being enjoyed by someone.

Our mystery was solved last week!  I wanted to keep the pumpkin on the table to feed whoever wanted it even though it was beginning to rot. 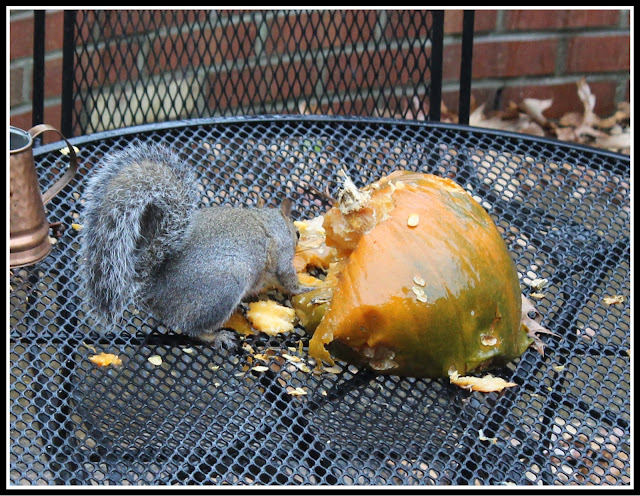 Our squirrels have clearly enjoyed this little pumpkin. 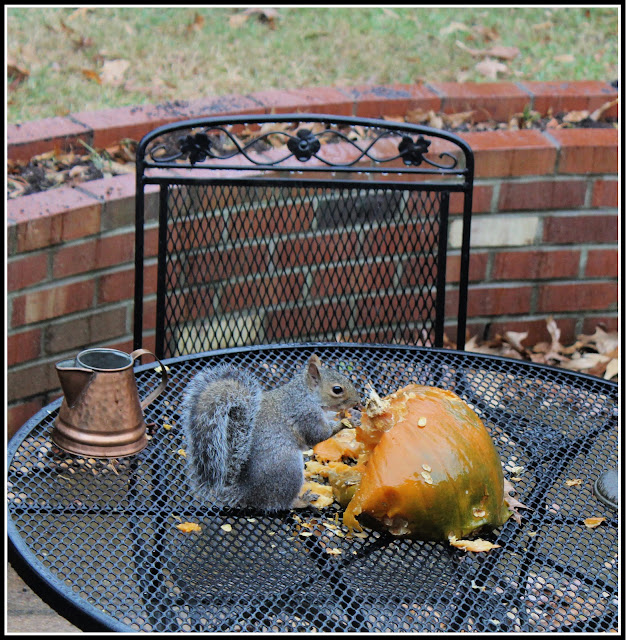 Yesterday Grayden scooped it all up and took it back to the compost pile.  Maybe in a couple years we will receive a gift of a pumpkin from our compost again!

Our Thanksgiving plans changed quite a bit this year.  We were planning to fly up to New England to be with our daughter and son-in-law.  Our plans changed when they both became ill.  We decided it would be wise not to travel under these circumstances.  It was quite a disappointment for all of us, especially to Samuel.  We then asked our son and his boys up for Thanksgiving dinner.  The day before he called to say he was sick.  Oh no!  Our two youngest grands called us back and asked if we would like for them to join us.  Of course we would!!! 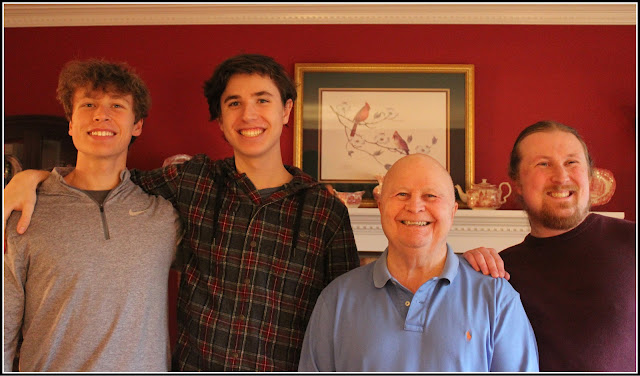 Though our plans changed several times we were so happy to have our grands seated at our Thanksgiving table! 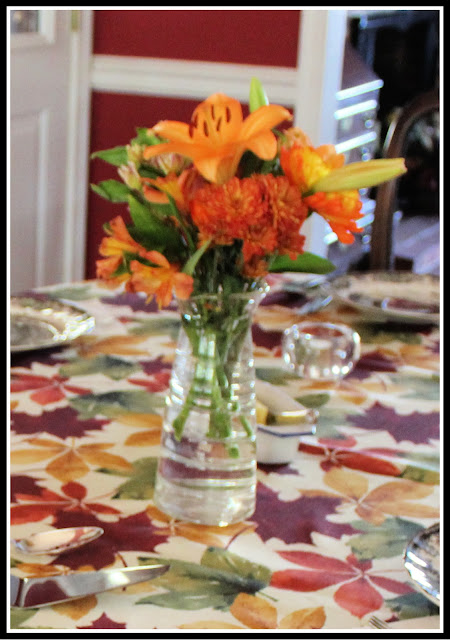 Our sweet neighbor surprised us with flowers for the table.  We served roast beef as it was too late to thaw a turkey.  We enjoyed a lovely day in spite of plans changing almost hourly!  It was the first time the younger grands have traveled to see us without their Dad in the car.  They both said it was fun!  We really missed our children but still had a good Thanksgiving with our grands.  I hope you enjoyed your day as well!

Posted by The Joy of Home with Martha Ellen at 4:25 PM